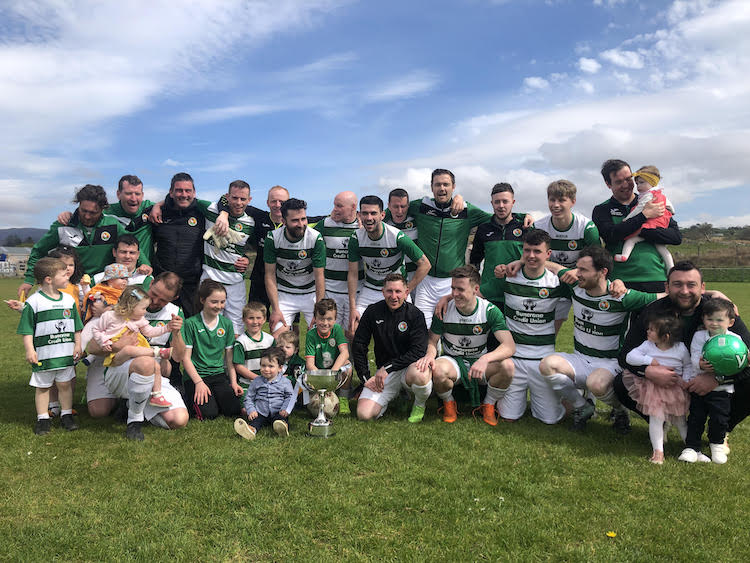 The dominant force in the local intermediate ranks, Cockhill’s hunger hasn’t waned, nor has their insatiable desire for success.

And they’re toasting a title triumph again as Doherty and Gill netted to see off an under-strength Finn Harps Reserves – who played 76 minutes with ten men – at the Charlie O’Donnell Sports Grounds.

The opener arrived on 37 minutes when, after Eoin McGing denied Jimmy Bradley, Doherty nodded joke the corner by Gerry Gill.

It wasn’t until eight minutes from the end that Cockhill copper-fastened the win.

Jimmy Bradley was adjudged to have been fouled and Gill tucked home from the penalty spot.

Until then, Cockhill couldn’t close out the game and it was a nervous watch at times for their followers.

McGing did well to thwart Brendan McLaughlin before the Cockhill forward spurned a glorious chance 15 minutes from the end.

Gill’s low centre swept across goal and McLaughlin crashed against the post from close range.

A feisty opening saw Harps reduced to ten men when full-back Lee McLaughlin was as sent off for hitting out at Bradley in the 14th minute.

Assistant referee Seán O’Donnell drew the attention of referee Packie Coll to the incident and McLaughlin was sent for a long, early walk.

Undeterred, Harps went close to a breakthrough just four minutes later. On the right side of the penalty area, Gabriel Aduaka skipped away from Cockhill ‘keeper Stephen Conroy, but Doherty was on hand to hook clear. 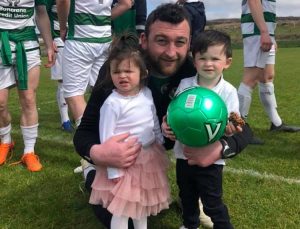 Laurence Toland – the match-winner in last season’s play-off against Letterkenny Rovers – had a chance in the 28th minute, but he lifted over the crossbar from just inside the area.

A minute before half-time, Toland had a chance to double the advantage, but he curled just over McGing’s crossbar.

A 4-0 home win over Derry City Reserves took Cockhill back to the threshold of glory again.

Although Letterkenny Rovers did their job last night in a 2-0 win over Derry, their 3-1 loss at Bonagee on Tuesday proved ultimately a fatal blow. 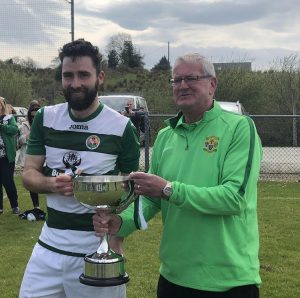 Since the return from the Christmas break, the pendulum gradually swung back in Cockhill’s favour

A recent stalemate against Rovers at home kept Cockhill in charge of their own destiny.