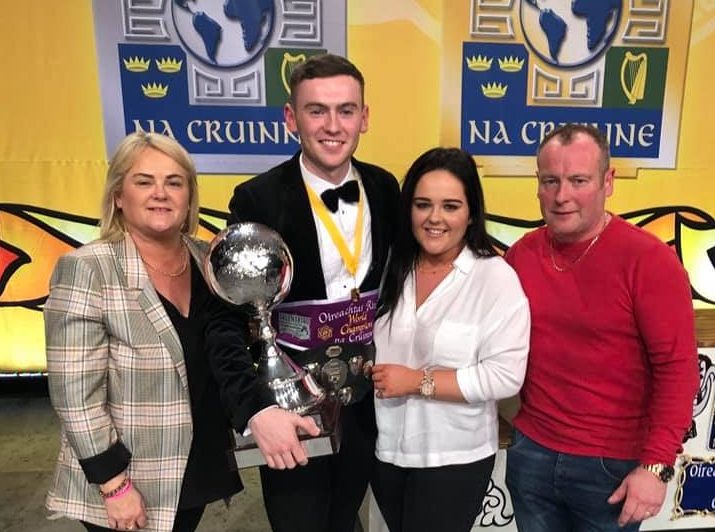 A young Convoy man has proved once again that he on top of his game by winning a prestigious world Irish Dancing Championship.

Conor Rodgers, 21, from Killynure in Convoy has a unique list of sports and past-times as he combines Irish dancing with soccer and GAA.

Conor dances for The Mc Conomy Bradley Doherty Academy of Irish Dancing and he had a very successful 2018, winning the Irish National Championship, All Scotland Championship and Great Britain Championship.

But the rising star has gone one better this year by winning the U21 Men’s Irish Dancing Championship in the United States.

Rodgers, son of proud parents Michael and Sharon Rodgers, travelled to North Carolina during the Easter holidays in a bid to be crowned the World Champion.

2019 is set to be Rodgers’ final year with Irish Dancing and the university student topped it off with a World Championship.

Conor is currently in his third year for a degree in Physiotherapy in Jordanstown, which he is on course to graduate from this summer.

Many thanks to Emer Devir and Sharon Rodgers for the photos of Conor with his world title.