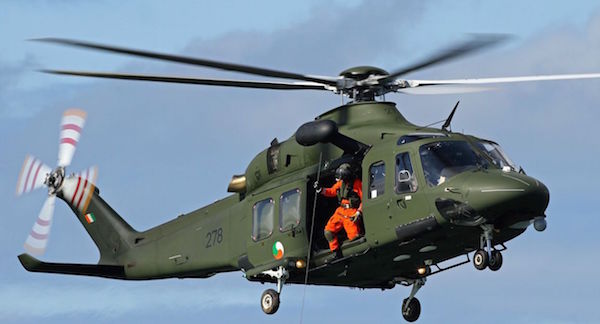 The Minister of State with Responsibility for Defence, Paul Kehoe, has scrambled Air Corps helicopters and army personnel to the scene of a serious gorse fire in West Donegal.

The huge fire, in the Annagry and Loughanure areas, is out of control and in danger of coming into contact with homes.

At least eight sections of Donegal Fire Service have been battling the blaze for the past five hours.

They have been supported on the ground by scores of local volunteers who are risking their lives to beat out the flames.

Local TD and Leas Cheann Comhairle Pat the Cope Gallagher called on the Minister for Defence to mobile the Aer Corps and soldiers in a bid to halt the spread of the fires.

He has criticised how long it has taken the Minister to make a decision on the matter.

“Myself and Donegal County Council requested the Minister to send up the Aer Corps four hours ago and they have only mobilised them a short time ago and I am very disappointed that it took so long. 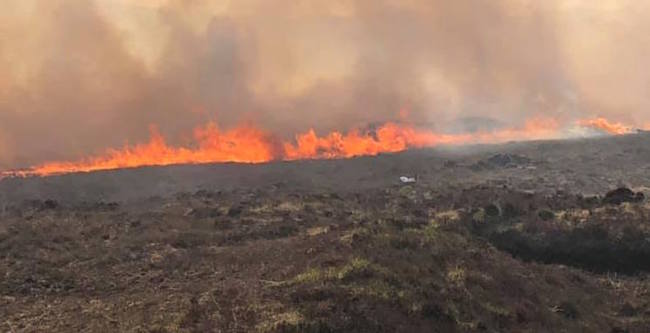 “We cannot delay this any longer as these fires are out of control. We must stop this fire as it spreads towards homes,” he said.

There is still no indication as to how the latest fires started.

Donegal County Council also made a decision to employ a private company to bring in a helicopter to spread water over the flames.

The eater for the choppers is to be taken from nearby lakes and then spread over the most dangerous areas.

Among those battling the blaze is local county councillor Micheal Mac Giolla Easbuig.

“It is very intense. As soon as the fire service get it under control the wind whips up the flames again.

“The community response has been amazing but we are still in the middle of trying to bring this under control,” he said.

It comes just days after two homes were destroyed two homes in Annagry.