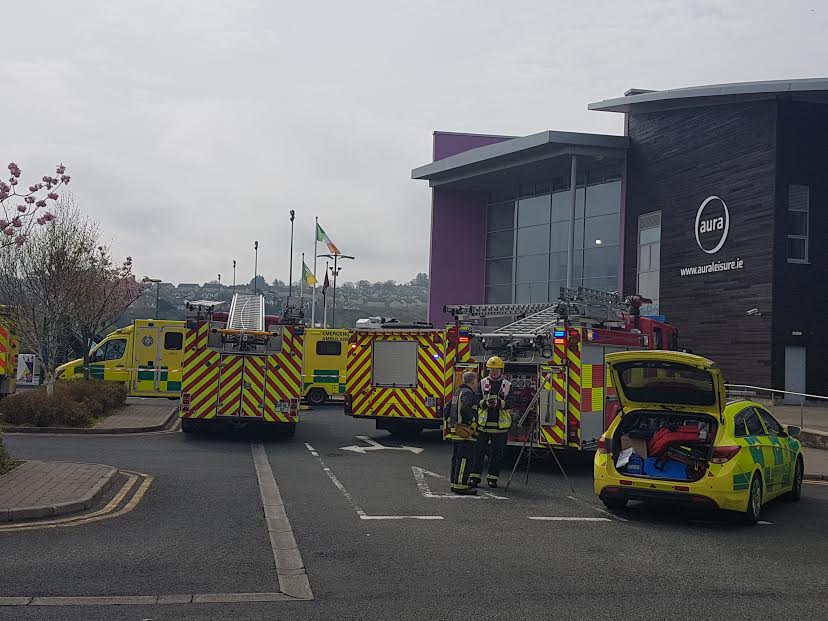 The two young boys spent Saturday night in LUH – one of them in the hospital’s intensive care unit – after an incident that saw water from the Aura swimming pool’s filtration system leak back into the pool.

Six children presented to LUH with various symptoms and the two boys were detained due to respiratory issues and with irritated skin, caused by a reaction to the water.

One of the boys was kept in ICU on Saturday night with the other in the paediatric ward.

The two were discharged on Easter Sunday afternoon.

Up to 60 children were assessed and treated on site after the incident at around noon on Saturday.

Initially, the hospital’s emergency plan was put in place with staff called in, before being deactivated a short time later.

Over a dozen emergency service vehicles attended the scene.

Parents praised the action of staff members on-site at the Aura Leisure Centre for their prompt evacuation of the complex.

Yesterday, management at the Aura apologised for what they said was a ‘misleading statement’ issued on Saturday night, which claimed that all children had been discharged.

“The safety and wellbeing of the children in question is of our utmost concern,” the statement read.

“My three children were in the pool and my son said he was diving when he saw a dark fluid coming out in the pool under the water,” one mother told Donegal Daily.

A statement from the Aura explained: ‘An issue arose where backwash (which is pool water that is contained in the filtration system) leaked back into the pool which caused some cloudiness and gave rise to foul odours.’