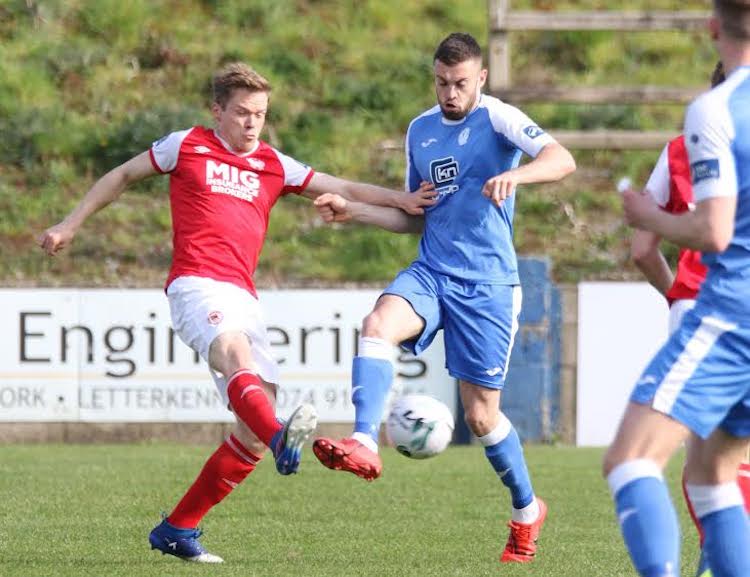 The wait for a win continues as Finn Harps fell to a tenth successive Premier Division defeat.

Conor Clifford and Mikey Drennan hit the goals as Harry Kenny’s St Pat’s kept Harps eight points behind UCD at the basement of the top flight. Already, 13 games in, the season has a rather ominous, inevitable feel about it.

Harps have yet to taste a League win this year and the sequence of ten League defeats in a row is a new, unwanted, entry into the club’s history books.

Pats, leading through Clifford’s fine opener from the first half, doubled the lead on 69 minutes.

John Kavanagh was adjudged to have impeded Gary Shaw in the penalty area and Drennan tucked the penalty to the bottom corner.

Harps were livid at the award and assistant manager Paul Hegarty was sent from the dugout after fourth official Garvin Taggart summonsed ref’ Rob Rogers before Drennan took the spot kick.

On an evening when Ollie Horgan managed Harps for the 192nd time – moving him ahead of Eunan Blake into second in the all-time lost, behind only Patsy McGowan – there were a few positives but, ultimately, no points again.

Pats had a number of chances to double the advantage, with Shaw denied by a fine save from Harps ‘keeper Peter Burke and Drennan prodding wide. 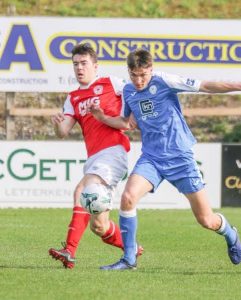 Drennan drew a top-drawer stop out of Burke from a long-range free and Harps had their own penalty claims turned down when Caolan McAleer was booked for simulation.

The lead arrived on 34 minutes. Clifford, in space around 25 yards from goal, was picked out by a Rhys McCabe corner from the left. Clifford let fly and hammered past Burke.

It wasn’t as if harps hadn’t been warned.

Moments earlier, McCabe touched a free kick to Clifford and, from around a similar position as the goal, the midfielder riffled against the base of the post.

Burke was under pressure and saved from Ian Bermingham’s close-range effort before turning away a snap-shot by Clifford as Pat’s turned the screw.

Burke – in for Ciaran Gallagher, who sustained a shoulder injury in Friday’s 3-0 defeat at Dundalk – was powerless when Clifford had a go again from distance.

Sean Boyd, also elevated to the starting XI with Mark Russell, almost levelled late in the first half, but headed wide from a McAleer free kick.

Earlier in the evening, McAleer skimmed the top of the bar after surging in from the right, while Nathan Boyle’s advanced were thwarted by Lee Desmond’s block. 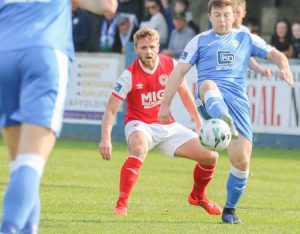 Ciaran Kelly rose to head McCabe’s corner over at the Town End, but Clifford gave Pat’s a crucial edge in the tie.

Harps kept the fight ‘til the finish and McNamee curled over with their best chance, but it was a familiar feeling at the end as the hosts left empty handed.

With Sligo Rovers and UCD in two of their next three games, their need has never felt greater.