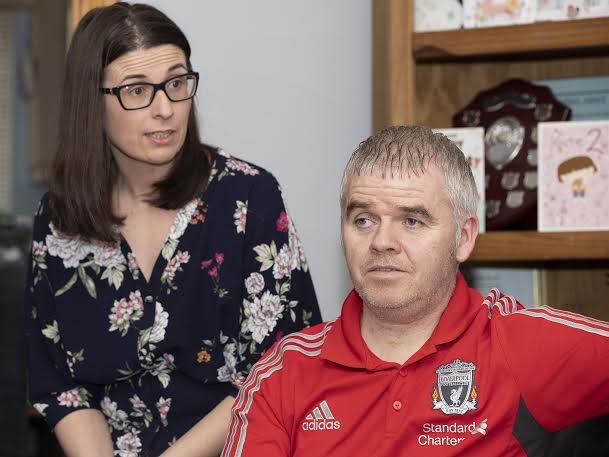 Paul Dillon has pleaded with the GAA to overturn an eight-week suspension proposed to his local Naomh Colmcille GAA club.

In February, Naomh Colmcille’s grounds in the village of Newtowncunningham staged a tournament to raise funds to help him cope with the illness.

Paul has called for ‘common sense’ to be used after the GAA club was found guilty of hosting ‘an unauthorised tournament’.  An eight-week suspension was proposed and the club has appealed the decision.

“Hopefully the ban will be overturned and people will do the right thing,” Paul, affectionately known as ‘Diddler’, told Donegal Daily/Donegal Sport Hub.

“I’d like to see a bit of common sense about the whole thing.

“I was taken back by it when I heard it first. We feel guilty. It’s not the club’s fault.” 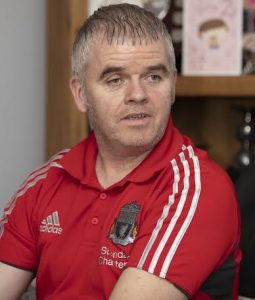 Donegal GAA’s management committee was alerted to the staging of the tournament, following a complaint, and found Naomh Colmcille to be in breach of the GAA’s official guide.

The tournament – organised by a local committee spearheaded by Councillor Paul Canning – helped raise over €5,000.

A weekend-long series of events lifted €85,000 to go towards necessary works to make the Dillon’s family home wheelchair accessible.

Paul, a father-of-three, said: “People were so good to the family. That gave us such a lift. We went to most of the events.

“The tournament was a great day’s craic, seeing all the boys togged out with the big bellies. It was great to see it. It was so enjoyable.

The 45-year-old was an active athlete with Lifford-Strabane Athletic Club, but his last race was the north-west 10k in May 2018. 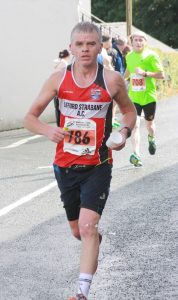 He said: “It really kicked off last March and I put it down at the start to an Achilles injury from running.

“Last July, my foot just dropped on me. I couldn’t pull it up. I went to a consultant in Ballykelly. He sent me to Belfast for more tests. I was called back to Belfast in December and he made me get in touch with Sligo Hospital. We knew there was something serious up.

“When the foot dropped, I knew it was something worse.”

On January 2 this year, Paul received the news that he had been diagnosed with MND.

He said: “It was devastating. The whole world was falling apart. You learn to do things differently.

“We got the news that nobody wanted to hear.

“I get good days and hard days. We’re managing alright so far. 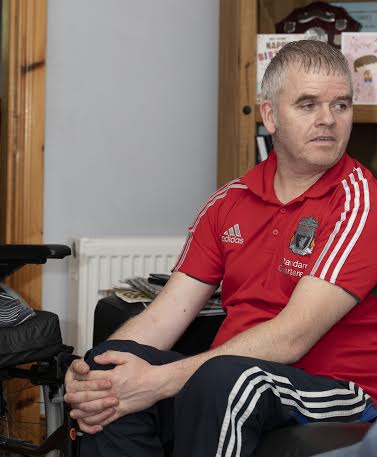 “I’m not bad. I’m trying to keep the spirits up. I got the wheelchair a couple of weeks ago. I had been using crutches, but I kept falling. I was going to break my leg or break something else.”

Christmas was difficult as January loomed large on the Dillons’ horizon.

“We weren’t sleeping at all over Christmas,” Paul’s wife, Emma, said. “I fell apart from Christmas to the 2nd of January.

“We came down the road from Sligo and it was the end of the world.”

In June, the Dillons – Paul, Emma and their children, Lilly, Heidi and Daisy – will go to Disneyland for a well-deserved family holiday.

By then, a specialised bedroom and bathroom – currently being built onto their home – will be finished.

The Dillons’ spirits were lifted on the fundraising weekend, but the events of the last few days has pulled the rug from beneath them.

“I assume whoever reported it didn’t think it would cause this kind of fuss.”

Their anger is not against a club that has formed such a part of Paul’s life.

“There were times when I’d have taken 30 kids to a game myself. I enjoyed it and I just got on with it. They were great times.”

Naomh Colmcille is not suspended until the outcome of their hearing is finalised.

“Due process shall take place and CLG Naomh Colmcille have the right to prove these findings incorrect or mis-applied,” Donegal GAA said in a statement.