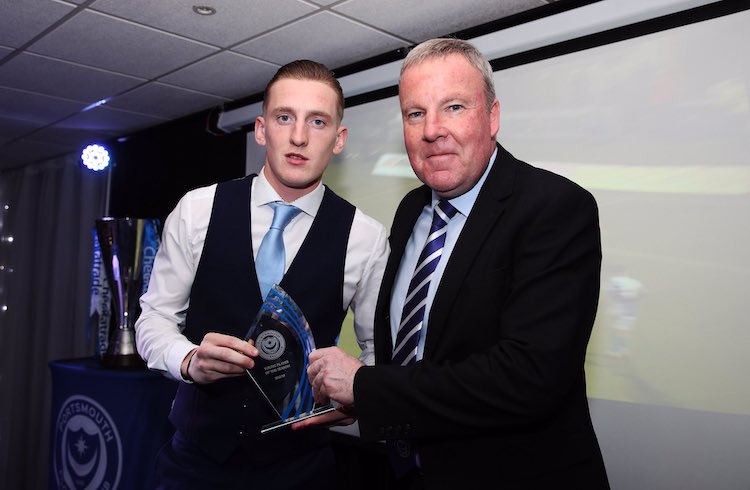 Ronan Curtis named as Portsmouth Young Player of the Season

Ronan Curtis has been named as Portsmouth’s Young Player of the Season.

The St Johnston man has had a superb debut season in English League football, scoring 12 goals in 45 games for Pompey, since making a move from Derry City last summer.

The Young Player of the Year gong was chosen by Portsmouth manager Kenny Jackett.

He plumped for Curtis, who has become a real fans’ favourite at Fratton Park.

Despite suffering a freak hand injury that kept him out of the Republic of Ireland’s Euro 2020 qualifiers against Gibraltar and Georgia last month, Curtis played his part as Portsmouth beat Sunderland in the Checkatrade Trophy final at Wembley.

Curtis’ displays for Portsmouth saw him called up to the Ireland squad last autumn by Martin O’Neill and new Irish boss Mick McCarthy has spoken positively of the attacker.