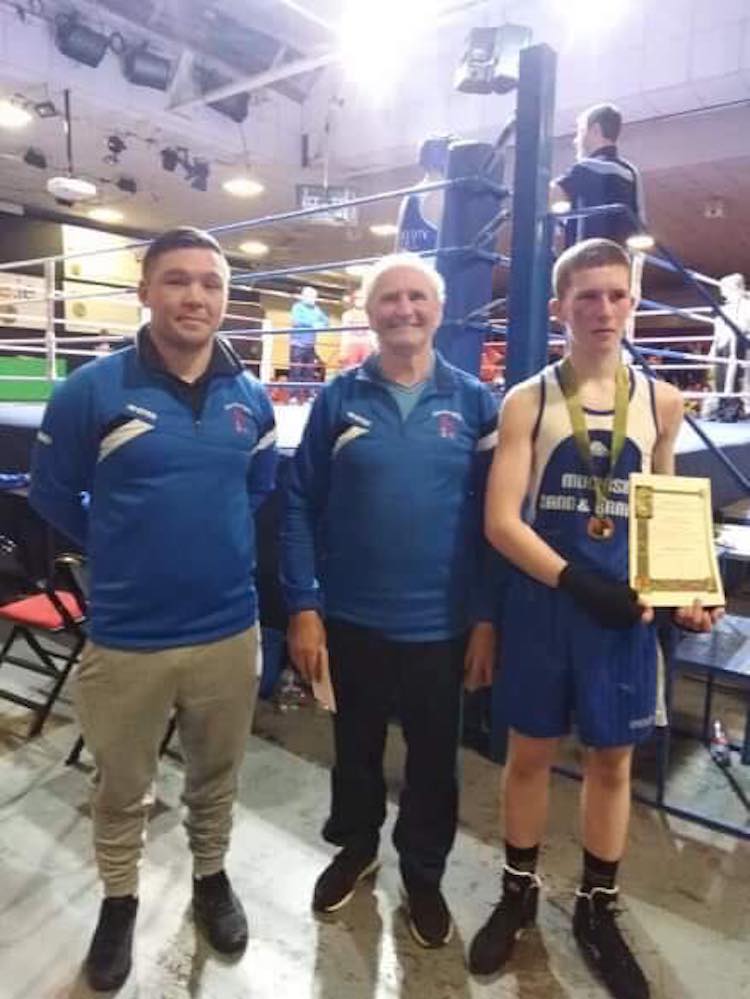 Irish titles for Doohan and McDaid

Doohan and McDaid took Boy 2 titles to Donegal at 62kgs and 35kgs.

Doohan was merciless as he stopped Swinford’s Ewan Murphy in the 62kgs final. Doohan, a talented all-round sportsman, made an emphatic mark on the finals day as he crushed Murphy, with the referee stepping in early on to call a halt.

Doohan had beaten Malachy Fisher from South Meath on a unanimous decision in his semi—final.

It was a landmark day for the Illies Golden Gloves club. McDaid defeated Scott Thompson of Spartans in the Boy 2 35kgs final.

McDaid took a unanimous verdict from the ringside judges. The title was the 40th won by the Illies club in their history – a remarkable feat.

McDaid had beaten Swords puncher Jack McAleer 4-1 in his semi-final. 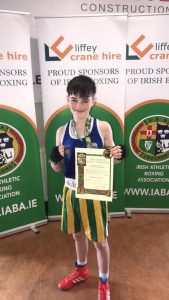 Letterkenny ABC’s Shea Collum lost out on an agonising 3-2 split decision in the Boy 2 89kgs final to Charlie McDonagh from Galway.

Shaun McConigley from Letterkenny lost out to Star of the Sea’s John Donaghy in a Boy 2 56kgs semi-final, while Aaron McDaid from Raphoe was beaten by Togher’s James O’Reilly in a Boy 3 48kgs semi.

And there was no joy in preliminary round bouts for Dunfanaghy’s Luke Kelly and Dunree’s Matthew Carlin, who lost to Lee Brennan (St Mary’s) and Oisin McCann (St Paul’s, Antrim) respectively.