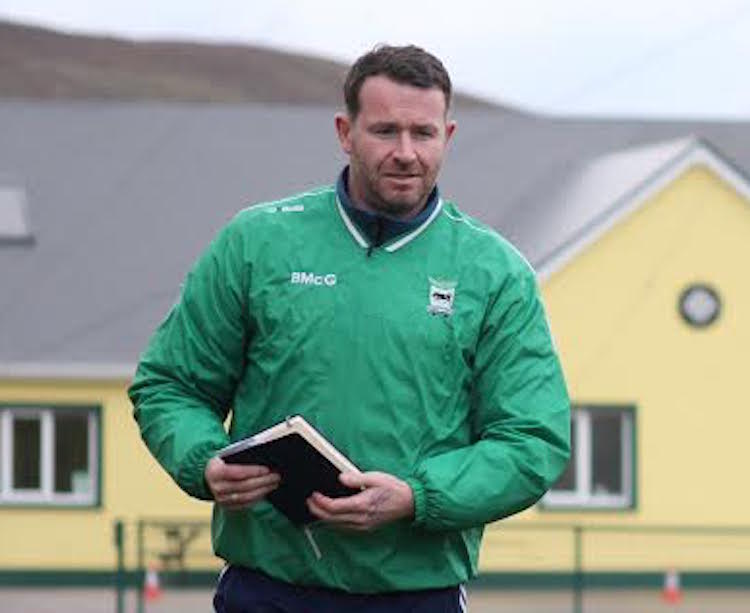 Bernard McGeehan was ‘annoyed’ by the performance of his Sean MacCumhaills side in yesterday’s defeat to Cloughaneely.

Nine points from Jason McGee gave Cloughaneely a 0-13 to 1-12 win over newly-promoted MacCumhaills.

“We wouldn’t be happy with many aspects of it,” McGeehan told Donegal Daily/Donegal Sport Hub afterwards.

“We can’t afford to play in fits in this Division. We can’t go to sleep.

“You might get away with it in Division Two, but not in Division One. We are leaving ourselves with too much to do.”

McGeehan cut a frustrated figure on the line late in the game and he said: “I was annoyed the way we finished out the game. We had a couple of frees and managed to get them thrown-up and that’s what drove me mental on the side-line.

“It’s a lack of maturity and cuteness on their behalf. We shouldn’t be buying it, but it’s a learning curve.”

While MacCumhaills have been competitive in their games to date, McGeehan isn’t interested in taking claps on the back.

He said: “We’re not interested in morale victories – we need points on the board.”

Best places to visit in Greece