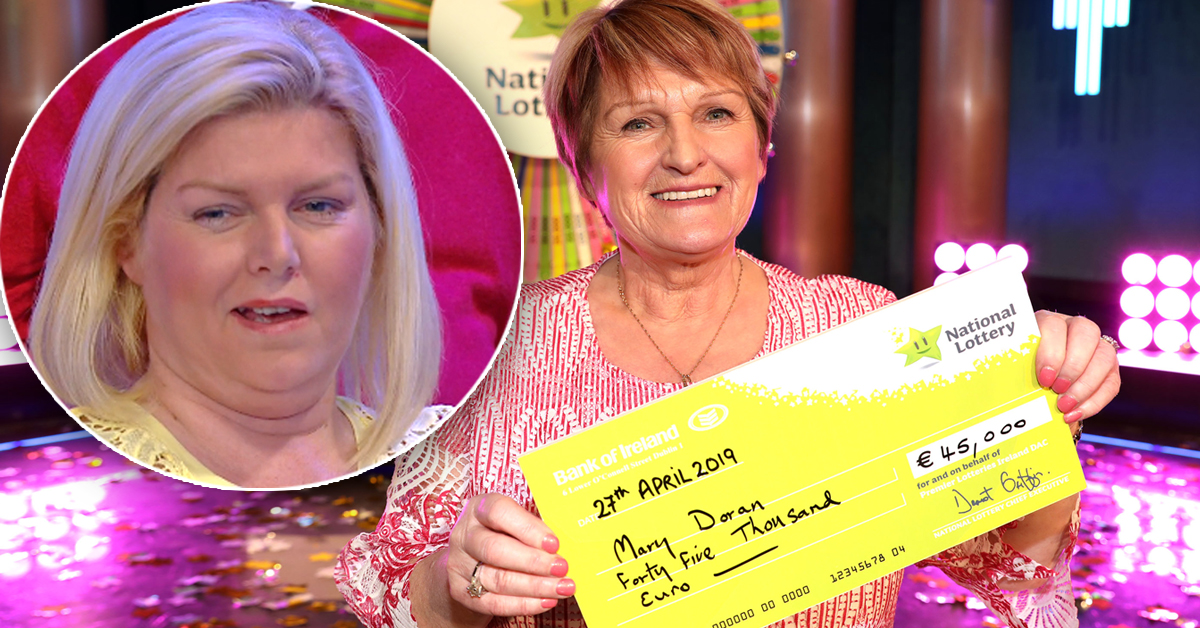 A Donegal woman who recovered from a serious holiday illness joined her family for a once-in-a-lifetime experience on Winning Streak.

Vanessa Donohoe from Newtowncunningham beamed alongside her seven siblings as their mum Mary Doran spun the wheel on the big-money gameshow.

And the popular grandmother was delighted to have all her children and many family members in the audience to support her. Mary’s daughter Vanessa was very fortunate to be there in particular, following a difficult year in 2018.

Vanessa required emergency medical care abroad last June when she suffered a brain aneurysm during a family holiday. Her sudden illness prompted a massive community initiative to raise funds for her care in Barcelona and her transfer home. Thankfully, the mum-of-three is now doing well and was cheering for her mum alongside her six sisters Marian, Elizabeth, Gillian, Amanda, Anne Marie, Sandra and her brother Steve.

Looking back on the events of last summer, Mary said: “It was a very hard time for us, but our community, Newtowncunningham and all the surrounding areas all got behind us. Financially and prayerfully they got behind us and they are just amazing.”

Mary said a big hello to Paul Dillon and his family, who are currently benefiting from the same outpouring of support from their local community. Paul ‘Diddler’ was diagnosed with Motor Neurone Disease six months after Vanessa’s ordeal and a major fundraising project was launched to support him.

Mary was also joined by her husband Stephen and seven of their 19 grandchildren to celebrate her Winning Streak appearance.

Mary and Stephen are 47 years married, with their anniversary falling last week. But, with all the Winning Streak excitement, Mary admitted that both of them forgot the day when it came around and only realised it when the kids wished them a happy anniversary!

She said she might spend her winnings on home improvements, a car upgrade and a few holidays to Medjugorje, which she missed out on last year.

Donegal’s lucky run on Winning Streak shows no signs of letting up as, Afke Barr from Buncrana, was drawn to appear on the next show.

Afke Barr is another Donegal person who has experienced difficult times recently. She and her husband John Barr suffered a shocking blow to their drapery shop business in a fire in February.

The former ‘John Barr’s’ store was gutted by the blaze, which also destroyed the Buncrana Plaza. However, with the help of their supportive community, the clothing store has since reopened just a few doors down on the Main Street.

Winning Streak will take a week’s break due to the May Bank Holiday and will return to RTÉ One on Saturday 11th May where five more players from all over Ireland will get the chance to play for huge cash sums, holidays and cars.