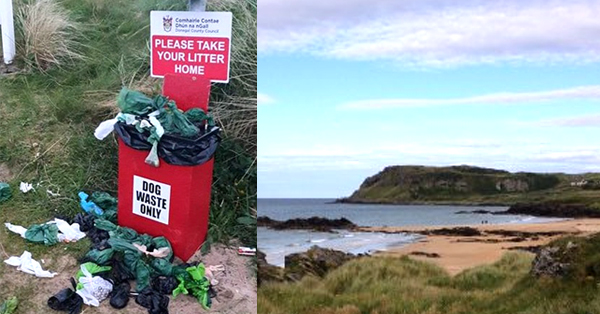 Update – 17:00: The bins referenced in this report have now been cleared.

Beachgoers at a popular Donegal beach have called for a major clean up of overflowing dog waste bins.

Visitors to the beautiful Culdaff Beach over the Easter break were met with revolting sights at the entrance and children’s play areas.

The dog waste bins were so jammed with foul-filled bags that pet owners had started to pile their waste outside and around them. 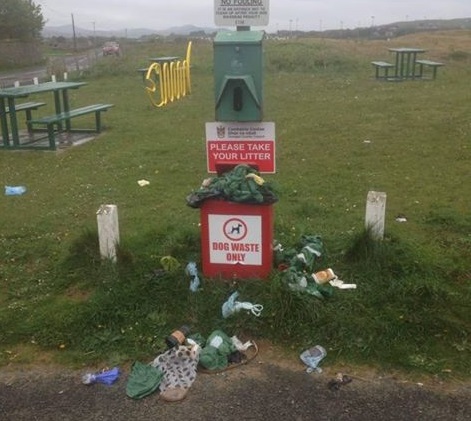 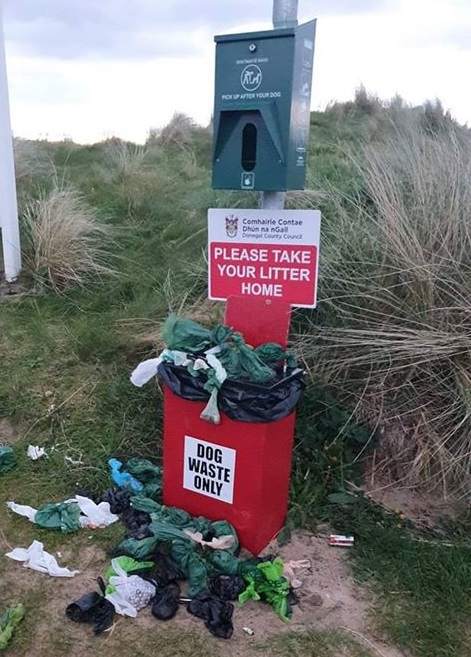 A local man who visited the Inishowen beach with his children yesterday said the issue is a ‘disgrace’.

“I thought the first bin at the car park was disgusting, but then I walked over the beach to the kids park and it was just as bad,” he said.

“This didn’t just happen over the weekend, it’s weeks of dog mess in those bins.” 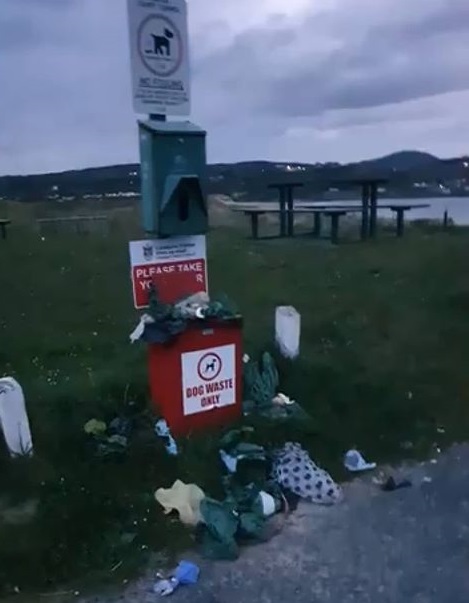 The Culdaff man said that he has contacted a number of local councillors to have the mess cleared.

He added that more needs to be done to manage the waste issue: “I always take my wains for a walk on the beach. We have a wee dog ourselves and the first thing we do is pick up the bag and put it in the bin. Obviously people are good enough to use the bins, but there isn’t much point if they are in this state.”