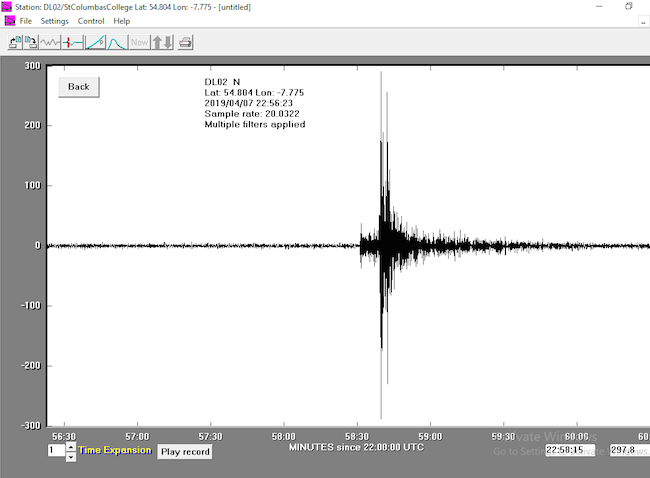 Another minor earthquake has been recorded in County Donegal overnight.

Geological Survey Ireland confirmed that a 2.1 quake struck the area around 9.18pm last night and was felt in parts of Donegal and Fermanagh.

The British Geological Survey (BGS) also confirmed it was an earthquake.

The latest minor quake follows another similar incident in the Donegal Bay area on April 7th last when an earthquake of 2.4 magnitude was recorded.

No damage or injuries were caused in either incident.

Details of the latest quake were first reported by the Irish National Seismic Network (INSN), which works with Geological Survey Ireland.

It said the epicentre was about 15km south-east from Donegal town and 15km north-east from Ballyshannon.

The INSN has asked members of the public who experienced the tremors to contact them with information.

Donegal struck by another minor earthquake overnight was last modified: May 2nd, 2019 by Stephen