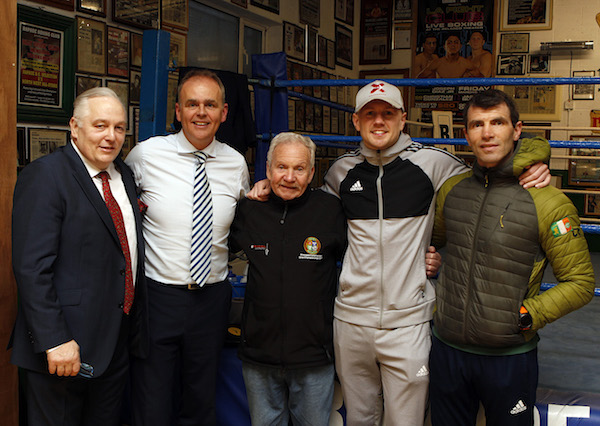 Frank McBrearty packs a punch with his election launch

Councillor Frank McBrearty is a man of his community who delivers for his community, Minister Joe McHugh said at the Raphoe man’s re-election campaign launch last night.

Minister McHugh was speaking in front of guests from across east Donegal at the launch at Raphoe Boxing Club.

Representatives of Fine Gael branches, sports and community organisations, and grassroots supporters joined the McBrearty family for the occasion with music from the pipers of the Raphoe Ulster Scots band.

Cllr McBrearty told the audience that local politics was about working for local people, dealing with their needs and helping to provide better resources and facilities for them.

He said his decision to join Fine Gael was ‘very easy’ and cited the support his family had in the past from former MEP Jim Higgins and former Donegal TD Dinny McGinley.

“Fine Gael stood by me and my family, so joining Fine Gael was very easy for me,” said Cllr McBrearty.

“My family has been an enormous support, especially since I became a councillor ten years ago. 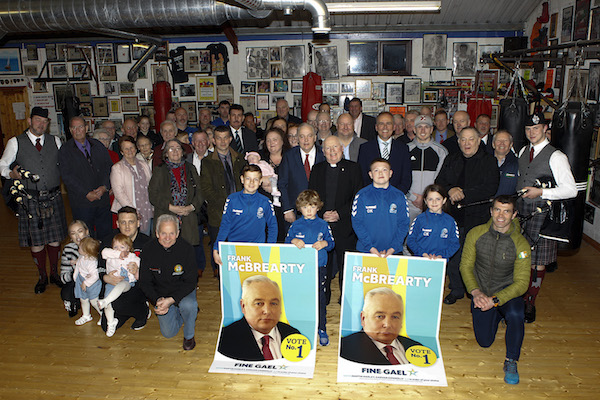 “I want to continue to work for communities in east Donegal, across the Finn Valley. It’s what I enjoy doing most. I am already on the election campaign and really really enjoying it.

“Politics at council level has to be about local issues and that’s what I have been involved in all my life, working with community groups and individuals across a whole range of issues.”

Cllr McBrearty said sporting organisations like Raphoe Boxing Club are at the heart of communities.

“They are the lifeblood of our communities, bringing people together for the common good,” he said.

Minister McHugh said he was honoured to be at the launch.

“The representatives here tonight from our communities is evidence of the esteem in which Frank is held by the people he represents,” said the Donegal TD.

“He is a real man of his community who works for his community; offering real local leadership on real issues and I look forward to working with him in the time ahead.”

Boxer Jason Quigley paid tribute to Cllr McBrearty for his support over many years.

“Frank is the sort of guy who helps you on the way up and I know he will be there for me when I am on my way down again some day. That’s truly what this man is about,” he said. 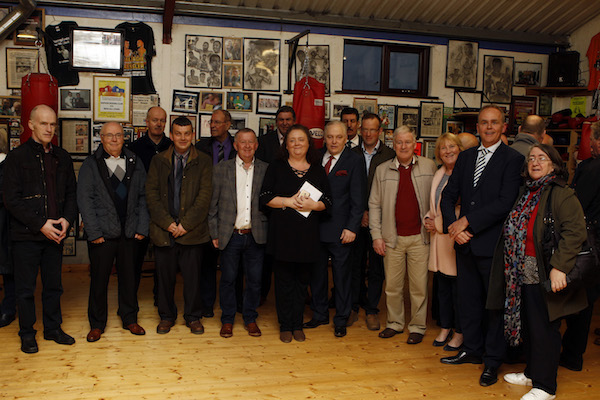 Local representatives for the Fine Gael Party pictured at the Launch of Cllr Frank Mc Brearty election launch by Minister for Education Joe Mc Hugh. T.D. in Raphoe this week.