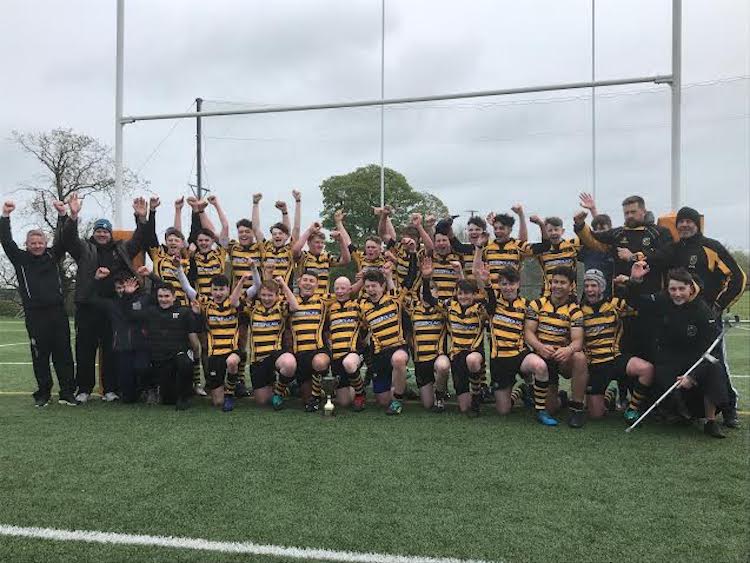 Letterkenny Rugby Club’s U16s overcame Omagh in Cookstown at the weekend to win the Ulster Plate.

Letterkenny had only suffered two losses all season to Armagh in both cups, as they took to the stage in the eye of Storm Hannah.

Letterkenny got over for their first try when Matthew Duffy crashed over ten metres to the right of the upright and Orrin Burgess converted.

Letterkenny continued to show their dominance in the opening period of the game and continue to bully their way up the field.

Letterkenny got over again when Burgess set off on one of his powerful runs. Omagh were powerless and Burgess scored a great try under the posts before slotting the conversion between the posts.

Omagh reduced the arrears when they got over, but Letterkenny held a 14-5 advantage.

At the break, Letterkenny were only 14-12 in front as Omagh scored a second try, nailing the conversion on this one.

Letterkenny started well in the second half and, after a strong surge by Dan Geoghegan, Jack Speer picked from the back of the ruck and crashed over in the corner. Burgess directed a superb kick on target and through the uprights

Speer got his second try for a 26-12 lead and Ben Hopkins, after a clever, sniping run from the back, got over for the final try, converted by Burgess.