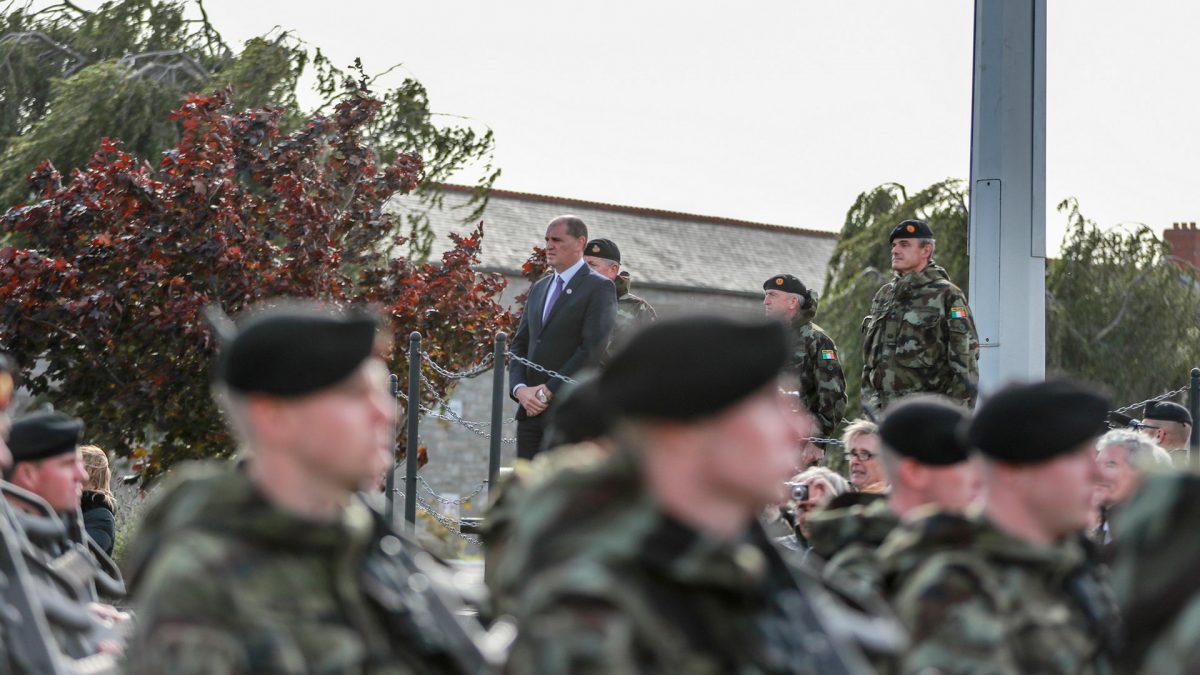 Historic army parade to pass through Letterkenny this Friday

written by Rachel McLaughlin May 2, 2019
Facebook0Tweet0LinkedIn0Print0

Over 400 men and women of the Irish Defence Forces will parade through Letterkenny this Friday morning ahead of their deployment to Lebanon.

The event is expected to be an impressive spectacle as the troops march from St Eunan’s College to the High Road, down Main Street and over the Pearse Road to Letterkenny Community Centre.

The 114th Infantry Battalion will first face a review at 11am by Defence Minister Paul Kehoe TD and Chief of Staff of the Defence Forces Vice Admiral Mark Mellett DSM.

IRISHBATT will be comprised of 450 Irish army, naval and air corps personnel.  The unit will also include ten soldiers from the Armed Forces of Malta (AFM).

The unit will form up at 11am in St Eunans College, Letterkenny. This will be followed by a parading of the Unit Colours, the Minister’s address and a ceremonial ‘March Past’.

The Unit will then parade through the town via the route below. The parade will be dismissed at Letterkenny Community Centre. 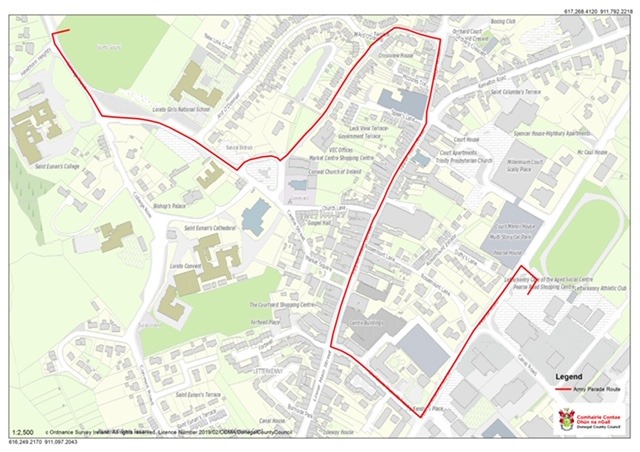