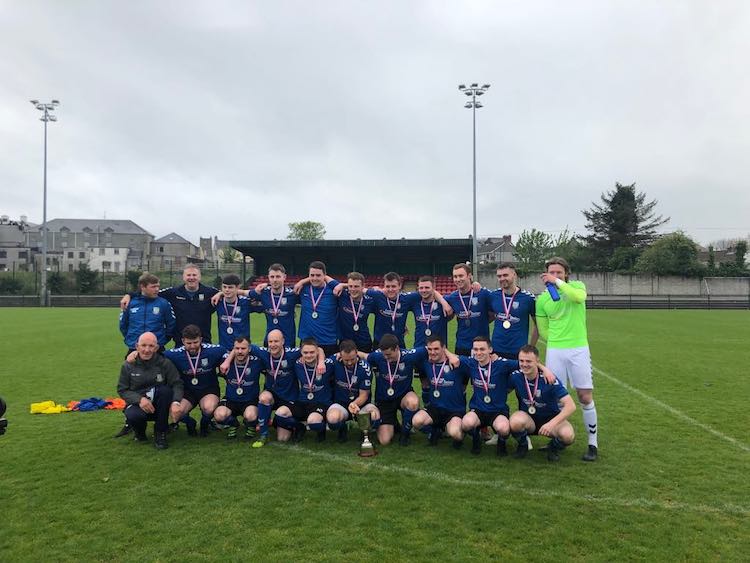 Greencastle were crowned champions on Tuesday night as Carn held Glengad to a one-all draw at The Crua.

Greencastle’s first ever Premier Division title comes after wins in the League Cup and the Ulster Junior Cup. The Chapel Lane side still have two remaining League games and have a Credit Union Cup quarter-final to come.

“We still want to win the couple of games and get an unbeaten season,” Henry told Donegal Daily/Donegal Sport Hub.

“We put in a lot of hard work so I think we deserved it. Everyone is putting in their own personal sessions.

“We’re getting over 20 people at sessions so the hard work’s paying off. The coaching has been class and everything is high temp.”

Glengad had won four titles on the spin, but Henry could feel that this was the Greeks’ year.

He said: “This was the first year playing against Glengad that I felt confident that we could get a result.

“When we beat Glengad and Aileach at the start and after that we knew we could win the League.”