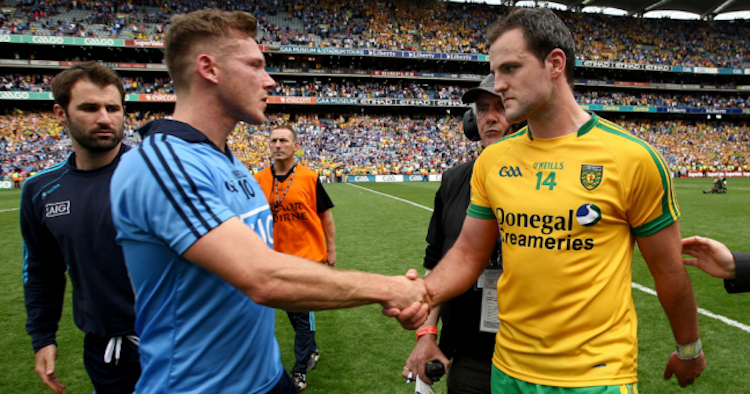 Watch: How living with Michael Murphy was ‘turning point’ for Dublin’s Paul Flynn

written by Chris McNulty May 2, 2019
Facebook0Tweet0LinkedIn0Print0

Six-time All-Ireland winner Paul Flynn, who confirmed his retirement from inter-county football yesterday, says that living with Michael Murphy was a ‘turning point’ in his career.

Dublin ace Flynn (32) announced yesterday that he has called time on his county career.

While the two were students in DCU, Flynn and Murphy lived together, along with Cork player Aidan Walsh.

“Playing club football I would have considered myself a good kicker,” Flynn told OTB AM this morning.

“When I was in DCU interestingly, I lived with Michael Murphy for four years.

“I really do feel that it was a turning point.”

He recalls how his basics in the art of kicking were honed with Murphy’s assistance.

He said:  “We learned a lot from one another I’d say, but we used to go out and spend our spare time between lectures and stuff out kicking.

“He was one of the best ball-strikers from the minute he came onto the scene as a 17-year-old for Donegal.

“Composure was a big thing for me. I might work at 100mph to get the ball, and then I wouldn’t bring myself back to 85mph to get a good execution.

“So that was a big learning curve for me.”