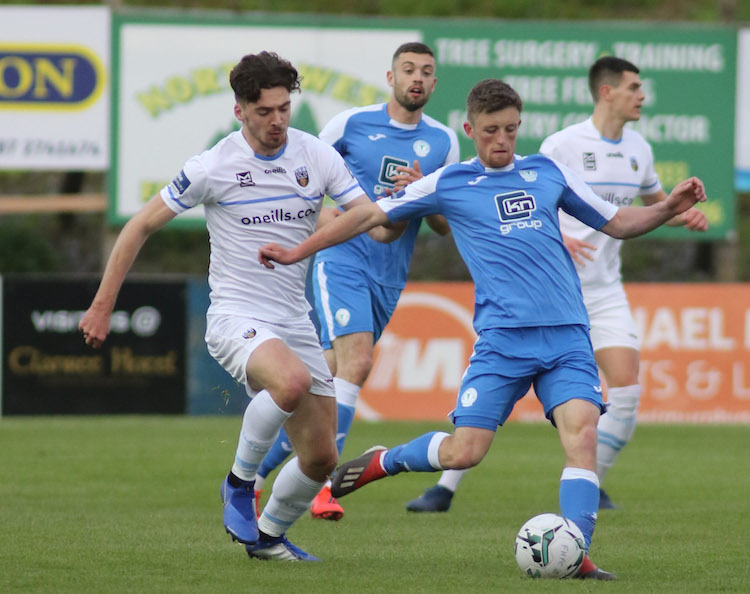 written by Chris McNulty May 3, 2019
Facebook0Tweet0LinkedIn0Print0

Finn Harps chalked up their first League win of the season – and it was worth waiting for as Caolan McAleer’s brace saw Ollie Horgan’s men overcome UCD.

McAleer’s double, either end of another from Nathan Boyle, brings Harps to within three points of UCD and, all of a sudden, a feat of escapology doesn’t seem so far-fetched.

Although UCD – who had beaten Harps 3-0 at Belfield earlier in the season – were obliging opponents for long spells, it was a good outing for the hosts, who should have had more to spare.

UCD have lost all seven of their away games this season and they never really troubled Harps goalkeeper Peter Burke.

The second half was just 53 seconds old when Boyle tucked into the bottom corner after Raffaele Cretaro and John Kavanagh combined to create the opening.

Boyle’s goal gave Harps – leading through McAleer’s 18th minute strike – a cushion and they added a third midway through the second half. 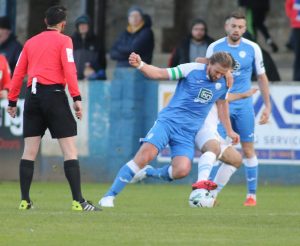 Tony McNamee led Harps on a three-v-one break away from a UCD corner. McNamee sent McAleer on his way and he made no mistake with the finish.

Kavanagh came close to a fourth when he connected to Boyle’s cross, but his effort was just over the top.

Following two away points in their previous outings, at Sligo Rovers and Cork City, Harps arrived hopeful of bagging the elusive first League win of the year and, crucially, closing the gap on the Students.

Horgan showed three changes to the side that drew 1-1 against Cork on Monday. 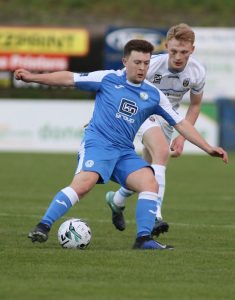 Teenager Michael Gallagher, who won rave reviews for his display at Turners Cross, was among those to make way, with Jacob Borg and Niall Logue also dropping to the bench, with Kavanagh, O’Reilly and McNamee restored.

Harps took a deserved lead when, after taking receipt of a superb long ball from deep by captain Keith Cowan, McAleer jinked past Mark Dignam. McAleer’s arrowed across Conor Kearns and in off the post.

Harps were denied by the other post four minutes later as Daniel O’Reilly bent over to head a Mark Russell free past Kearns. However, the UCD ‘keeper, with Sean Boyd looming large in the six-yard box, able to gather after O’Reilly’s header cannoned back off the inside of the post. 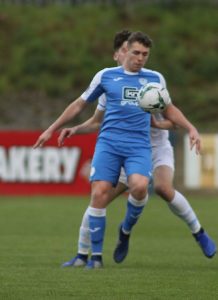 McAleer almost landed a cracking second when he capitalised on a slip from Liam Scales, only for his shot to dip just a fraction too late.

In the dying moments of the first half, McAleer was again thwarted by the paintwork. Another slaloming run ended with the Omagh man’s curler brilliantly touched onto the bar by Kearns.

Sean Boyd spurned a glaring opening from the rebound as the Dubliner shot into the side-netting.

Neil Farrugia and sub Kevin Coffey had late chances for UCD that came to nothing as Harps, finally, tasted that winning feeling. This was a first home League win since a 7-1 rout of Cabinteely in September.