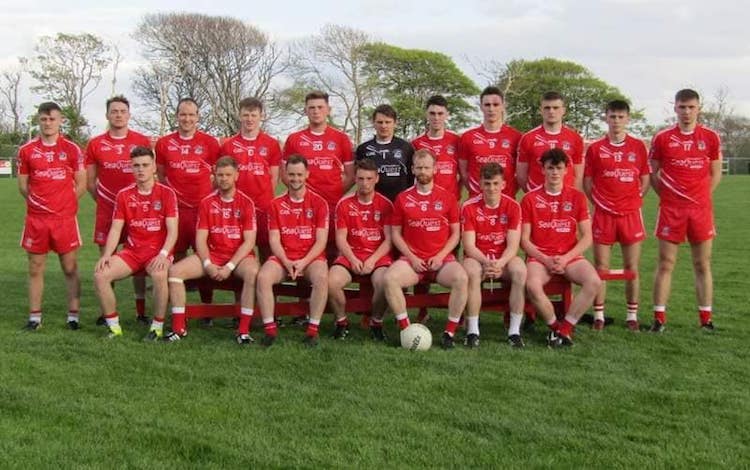 written by Staff Writer May 4, 2019
Facebook0Tweet0LinkedIn0Print0

Killybegs made it six wins from six as they continued their perfect start to life back in Division Two.

By Charlie Collins in Fintra

Seven points from Ryan Cunningham and a goal by Paul Cunningham midway through the second half sees Killybegs maintain control of the Division.

With Fermanagh boss Rory Gallagher on the line alongside John Cunningham, Killybegs have a useful look about them at the moment.

Paul Cunningham netted the only goal of the game when he fired home after a Shaun Gorrell shot came off a post.

Even without Hugh McFadden and Eoghan Ban Gallagher, Killybegs were impressive.

After falling behind to early frees by Thomas McGowan (2) and Conor McDaid, Killybegs hit back.

Three from Ryan Cunningham and one apiece by Gallagher and Brendan McGuire kick-started the hosts.

They had a let-off when Patrick Reid hit the woodwork for Four Masters.

The second half was nip-and-tuck until Cunningham’s goal.

While McDaid (2) and McGowan kept Four Masters – who brought on veteran Barry Dunnion at half-time – in touch, they couldn’t get close enough to rock the Fishermen.