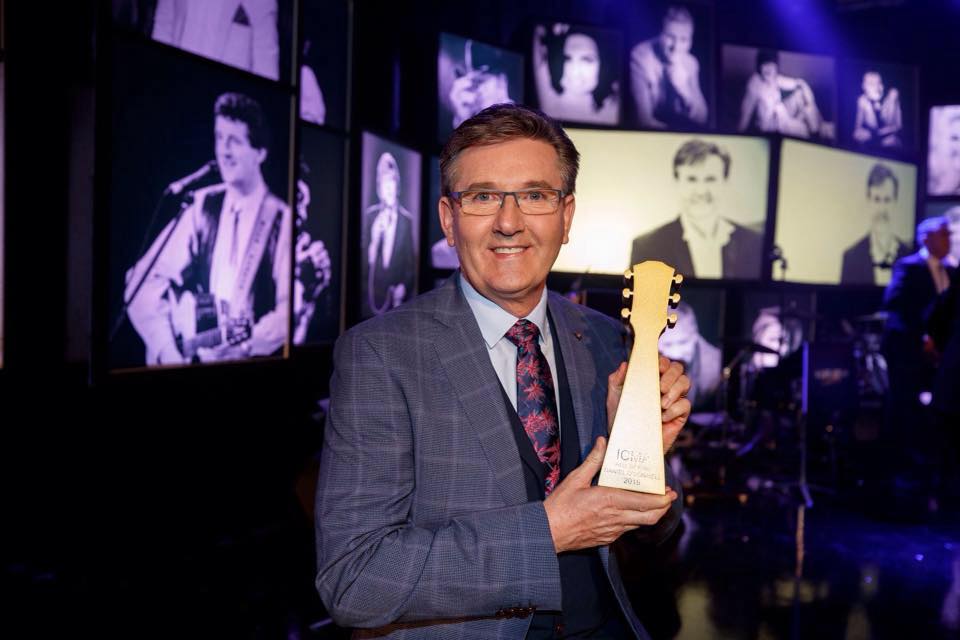 Surprise of a lifetime for Daniel on Late Late Country Special

written by Rachel McLaughlin May 4, 2019

Daniel O’Donnell was lost for words last night when he received a surprise honour on the Late Late Country Special.

The Donegal crooner was inducted into the Irish Country Music Hall of Fame – becoming the second person ever to join the honour roll after Big Tom.

Friday night’s Late Late Show will go down as one of the highlights of Daniel’s illustrious career as he accepted the award from Fr Brian D’Arcy.

Fr D’Arcy said: “Nobody deserves the award more than Daniel. It’s only the second time this award has been presented, the other recipient being the late Big Tom.

“It is in recognition of what he has done for country music, not only at home here in Ireland but across the world. Daniel is highly regarded as an international artist, especially in Nashville, the home of country music.”

Daniel, who was speechless with the surprise, later said: “I am truly honoured to receive this award and to follow such a great as Big Tom. It means so much to me to be acknowledged by my peers here in Ireland.”

This year’s Late Late Country Special was a lively celebration of country music through the ages and in family circles. Another one of the top moments was a duet between host Ryan Tubridy and Daniel, singing Roger Miller’s classic King Of The Road.

Surprise of a lifetime for Daniel on Late Late Country Special was last modified: May 7th, 2019 by Rachel McLaughlin

Men jailed for having articles with intent...