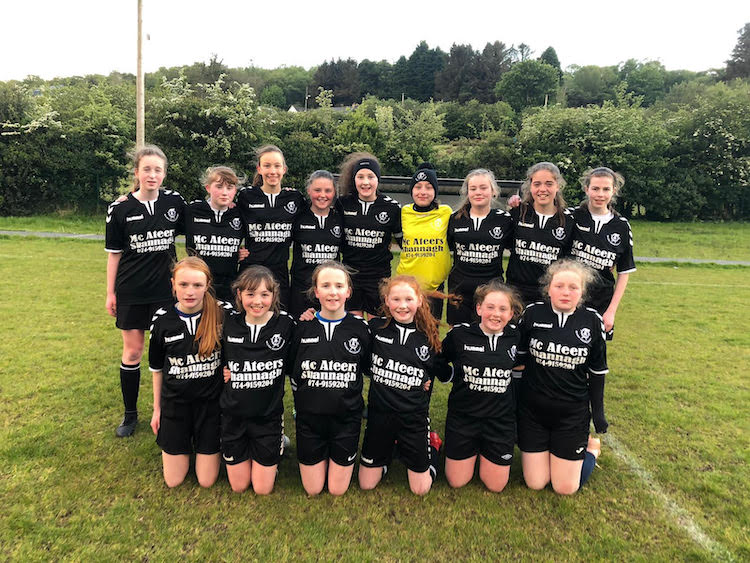 Donegal Women’s League – U14 roundup as goals rain in

The goals are raining in over all grades of the 2019 Donegal Women’s League.

So far, with five rounds of games played across the U12, U14 and U16 Leagues, there have been a combined 275 goals scored!

Mulroy u14 girls (pictured above) record a home win against a young Gweedore side.

Rabs Park was the venue once again and the girls, true to form, did the girls structure in Donegal proud.

Mulroy from the start hit the ground running. Aoife, Sophie Caitlin and Olivia would prove to be a massive obstacle for Gweedore to overcome.

Gweedore found it hard to get into the Mulroy half  but showed great team spirit and drive. Jessica, Eva, Rachael & Hannah held the Mulroy midfield with precision.

Mulroy put the first score on the board with sleek passing from the Mulroy squad leading to Clodagh Heron sealing goal number one.

Emma McGrenaghan and Aoife Carr played key roles in the first half for Mulroy showing on the left wing strong.

Caitlin was to be next on the scorecard with a exceptional free kick from distance.

A corner ball saw Mulroy’s Eva Blaney as her usual self always at the ready added number three.

The Gweedore defence line were solid and on the break Meabh and Chloe would have liked to tested the Mulroy net keeper Hannah, but it wasn’t to be for the visitors.

Kate, Meabh, Iseult and Hannah all entered the fold and did not flinch under pressure.

Clodagh once again added to her tally with the fourth and Iseult Ni Mhathuna hit number five superbly.

Eva sealed the evening for Mulroy with an impressive header which added number 6 to the scorecard.

Bonagee welcomed Kilmacrennan to Dry Arch Park in what was a great display of football from both sides.

Kilmac started the quickest and had Emma Price through only for Eva Harvey to stop her on her way to goal.

Bonagee had a chance straight after wen Hannah Hopkins played the ball into the box and after some scrambling Bonagee got the shot away only for it to hit the bar.

From a corner, Kilmac got a penalty after what was judged to be a hand ball and they missed the chance to open the scoring wen the ball went wide of the post.. 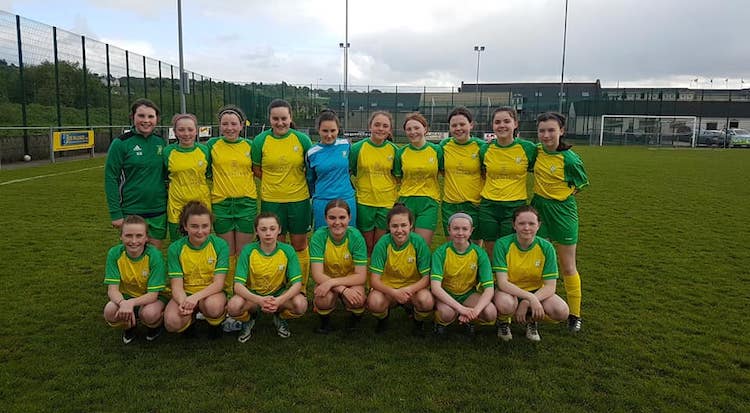 Bonagee started to settle well into the game and Katherine Hopkins opened the scoring after Amy Callaghan played a super ball through to her.

Bonagee got their second shortly after when Heather McLaughlin played a lovely ball through to Grace Murphy, who riffled the ball into the back of the net.

Kilmac came out in the second half and started to cause Bonagee some problems only for the well marshalled defence of Eva Harvey, Cliodhna Patton, Ella Black and Codie Friel. 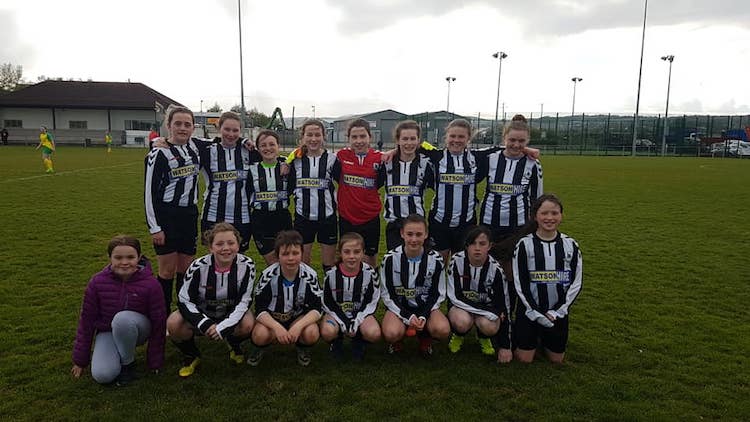 This time Bonagee were awarded a penalty for a hand ball and up stepped Murphy who made no mistake and coolly slotted the ball into the corner of the net.

Kilmac were awarded a free on the half way line and a ball over the top to Emma Price who beat the offside trap and chipped it over the on-coming keeper Aleysia Alcorn.

Best for Kilmac was Sarah McFadden and best for Bonagee were Cliodhna Patton and Grace Murphy.

Lagan under-14s went down fighting to Illistrin FC by the smallest of margin in an epic game in the Orchard.

Both teams can be proud of their performances with great free following football played on the night.

With nothing separate these two teams in last few outings, this was no exception.

Goal chances were of a minimum with both defenses solid and the keepers when called upon coming off lines quick.

The game swung from end to end and it wasn’t until the last seconds that Illistrin scored.

Ciara Molloy hit a thunderous free kick with Aoife Sweeney making an excellent save but Erika Gallagher was quickest to react to the loose ball, and fired into the net from close range.

An exciting game of football was played in Swilly Park who hosted Finn Valley.

Swilly faced a big challange playing with one less player than their opponents, but this disadvantage didn’t deter the girls from getting their first win of the season.

The game started fast with both teams creating chances. Finn Valley capitalised on a break through Swilly’s defence on the 14th minute with Roisin Lynch’s quick pace bringing her through on goal to net her first.

Finn Valley took the lead once again through Lynch finding the back of the net. 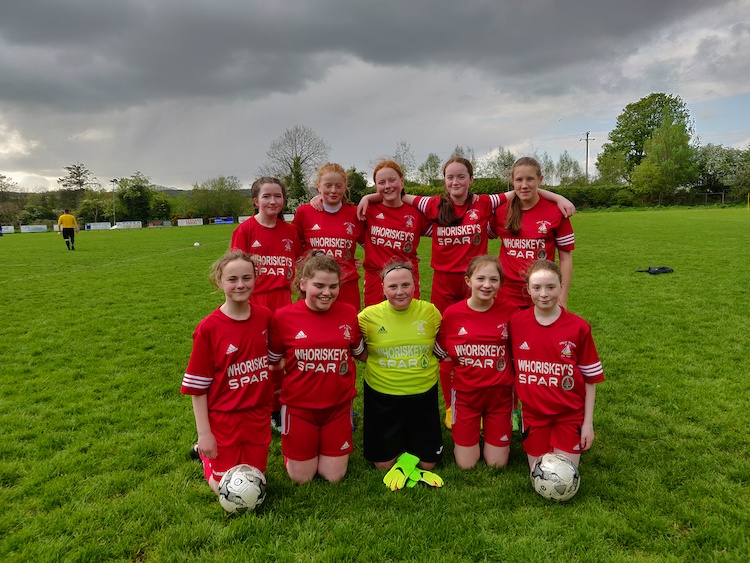 Swilly worked hard with Julie-Ann O’Hanlon and Kirsten Stewart linking up well in the middle to play Tamara Blaney through and she levelled the score at 2-2.

Valley’s Tara Kidd-Geogeghan shot gave her team the lead again in the 23rd minute only to be cancelled out again by a strong showing from Blaney, who scored her second goal in the 28th minute, bringing the teams to a 3-3 draw at half time.

Swilly started stronger in the second half with Abbie Mclaughlin getting the ball to Mae McCarron who played Doherty through to net her second giving Swilly the lead for the first time in the match.

Finn Valley made numerous attempts to attack with keeper Aine Connelly making some great saves and a well-organised defensive line held by captain Eimear Connelly caught the Valley attack line on the off-side.

Swilly increased their lead through Doherty who battled hard with the Valley defence to strike her hat-trick of the evening giving Swilly a 5-3 lead.

A counter spearheaded by Valley’s Avelin O’Ward saw them score again and it created for an intense final 10 minutes of the game with the score at 5-4.

Valley’s attempts up the line were quickly stopped by the fast pace of Katie O’Gorman and Claire McCarron who kept their opponents at bay until the final whistle.