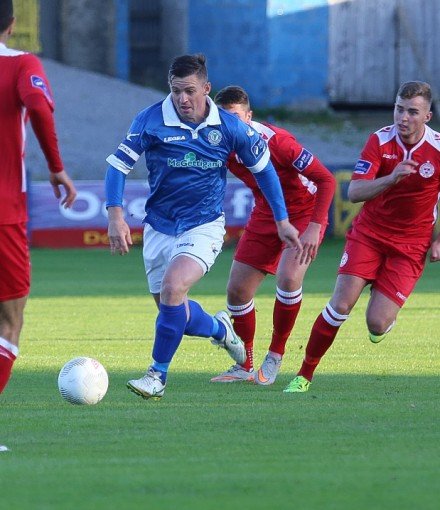 Listen: Kevin McHugh says Finn Harps must ‘have a crack’ at teams

written by Chris McNulty May 5, 2019
Facebook0Tweet0LinkedIn0Print0

Kevin McHugh says Finn Harps will give themselves the best chance of top-flight survival by playing on the front foot.

Friday’s 3-0 win over UCD at Finn Park – Harps’ first League win of the season – has brought Ollie Horgan’s team to within three points of the Students, their nearest rivals at the foot of the table.

“They’d have been cut adrift if they hadn’t won. They started on the front foot. It was fully deserved.

“It’s massive. Home form will keep us up or relegate us. You take those points and the whole thing looks completely different.

“You have to get the home form sorted.  I’d love to see us doing what we did on Friday night and going at teams from the start and having a crack at them because we have players good enough in the team.”

McHugh was speaking after his Harps U13s lost out to Longford at The Moss yesterday. Harps led 1-0, but Longford hit three goals in the second half to take the win.

McHugh said: “They’re going in the right direction. We just weren’t at ourselves here. When we are at ourselves, we’ll give anyone a game. It’s a big learning curve.”