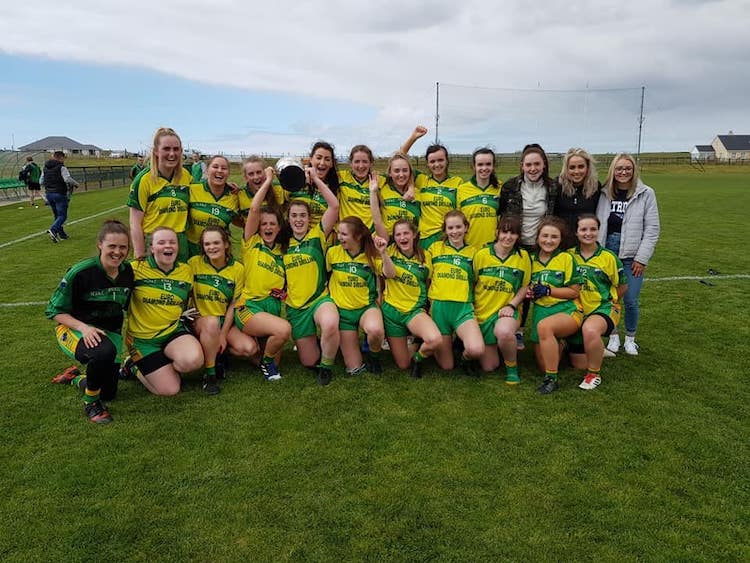 The Glen women, managed by Gerard McNern, Rory Jones and Terence Cunnea, had 21 points to spare by the end.

Naomh Columba were 6-8 to 0-3 in front at half-time and already on their way to the silverware.

Clare Byrne was superb for Naomh Columba, scoring an excellent personal haul of 2-10.

Byrne was unplayable in the Glen attack.

Sarah McMorrow bagged the other Naomh Columba goal, while Sara O’Gara was also on the mark with a point.