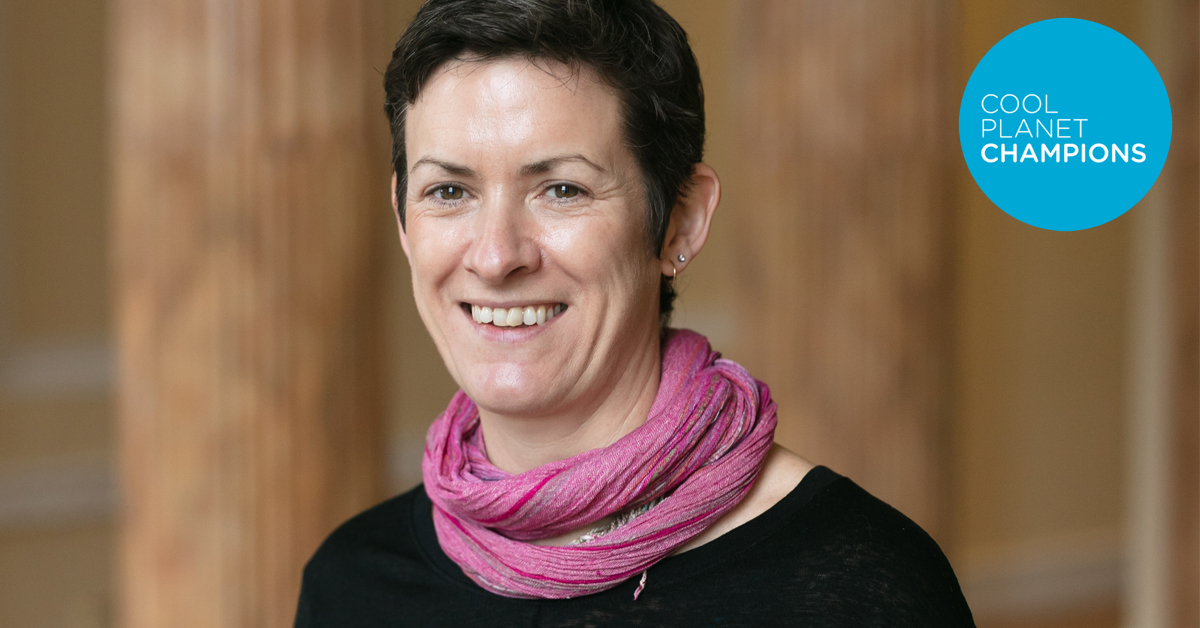 written by Staff Writer May 6, 2019
FacebookTweetLinkedInPrint

In this month’s column, Cool Planet Champion for Donegal Nuala Carr looks ahead to the local and European elections and why it is important to find out where candidates stand on climate change.

The Paris Agreement, which is a United Nations Agreement to tackle Global Climate Change, was signed and ratified by Europe in 2016, with a total number of 195 States signed as of February 2019.

Ireland, as part of the European Union, has agreed to mitigate global warming by reducing human emissions of greenhouse gases and increasing carbon sinks through, for example, reforestation.

Ireland’s performance in tackling climate change was found to be the second-worst of all the EU member states, out performed in inaction only by Poland, according to a study carried out by Climate Action Network (CAN) Europe in 2018 (http://www.climatenetwork.org).

The Intergovernmental Panel on Climate Change (IPCC) published a report in October 2018 (https://www.ipcc.ch/sr15/) stating the limited time we have left to reduce our emissions and slow down the effects of global warming.

We must act now if we are to limit the average global temperature rise to 1.5°C above pre-industrial levels.

A growing number of civilians throughout the world are protesting due to the lack of action shown by governments worldwide. Greta Thunberg’s followers in the Fridays for Future school strikes are multiplying on a weekly basis and are strongly supported by Sir David Attenborough, while Extinction Rebellion protests are causing disruption in major cities throughout the world to raise awareness of species extinctions that are being caused by climate change.

The Welsh government took a brave stance earlier this week and declared a ‘climate emergency’, in the hope of leading the way for all governments around the world. The Scottish and English governments have followed their example, placing the UK parliament at the forefront of governmental climate action. Let’s hope we actually see some action now! Wicklow County Council have taken the lead in Ireland by declaring a “biodiversity and climate-change emergency”.

Will the Irish government and elected politicians be courageous enough to take the required action?

For all local government and European parliament candidates running for election on May 24th, 2019, take cognisance of the urgent action required to curb Ireland’s accelerating emissions and be ready to act.

For the Electorate, please use your vote wisely in the upcoming elections. Don’t be afraid to ask each candidate what their intentions are to counteract global warming and vote for those who will have the courage and wisdom to act. Our futures will depend on immediate action!

Nuala Carr has many years of experience in industry as an environmental consultant, having trained as an ecologist in the University of Ulster, Coleraine. She has worked as a project manager for engineering companies, managing the environmental impact assessment and planning stages for infrastructure projects, such as onshore wind farm developments.

Nuala is now carrying out research on the social acceptance of marine renewable energy through Queen’s University Belfast.

Should anyone wish to learn more about climate change, please contact Nuala to arrange an informal talk or presentation for your local school, community group, business or organisation.  Email: nuala.carr@gmail.com