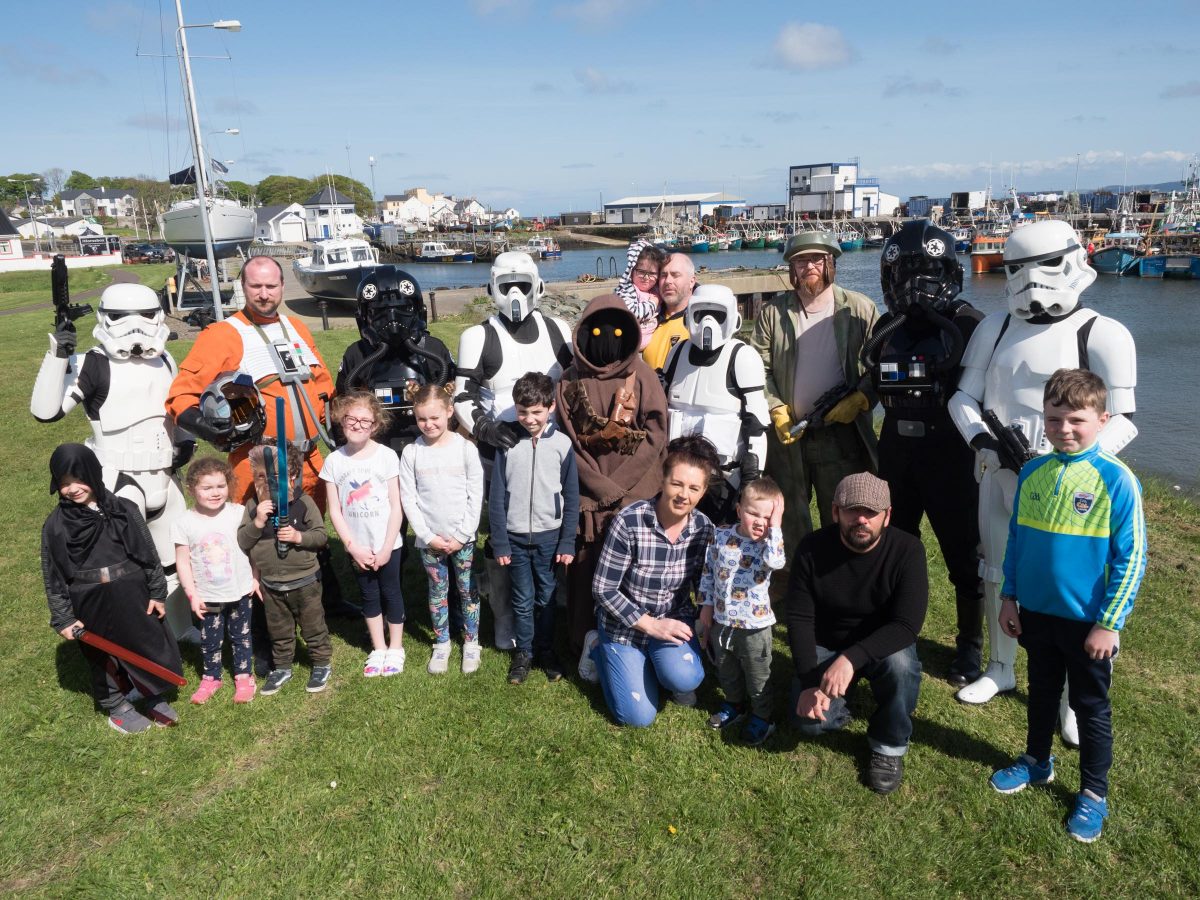 Picture Special: All the faces and smiles as the Star Wars festival comes to a close

The ‘May the 4th Be With You’ festival wrapped up on Sunday after three days of events across Donegal’s Inishowen Peninsula and Co Kerry.

Celebrating May the 4th (the day when fans across the globe commemorate the Star Wars Universe), the festival included a host of fun activities for all ages and sought to capitalise on the enthusiasm for the movie series, following filming for recent Star Wars films in locations along the Wild Atlantic Way.

Speaking about the festival, Minister for Transport, Tourism and Sport, Shane Ross said:  “The ‘May the 4th Be With You’ festival was designed to attract visitors to explore the Wild Atlantic Way, not only over the May the 4th weekend but throughout the year.

“With the addition of Donegal as well as Kerry as a location, this year’s festival highlighted all that the wonderful West Coast has to offer visitors.”

Highlights over the weekend included an epic lightsaber battle on the streets of Portmagee, a performance from Dingle native and five-time World Champion Dancer David Geaney, who brought his hit Broadway show ‘Velocity’ to Ballyferriter and Yoda Yoga on Port Ronan Beach.

Fáilte Ireland’s Head of Festivals, Ciara Sugrue said: “It has been a truly amazing weekend across Kerry and Donegal and I’d like to thank the local tourism businesses and all those involved in both areas for coming together to help us make the festival bigger and better this year.

“Star Wars has created curiosity around the Wild Atlantic Way and raised its profile amongst fans both domestically and internationally and this festival and the content we have been able to capture over the last few days will only raise the profile of the region further, attracting more visitors throughout the year.”

Picture Special: All the faces and smiles as the Star Wars festival comes to a close was last modified: May 5th, 2019 by Shaun Keenan