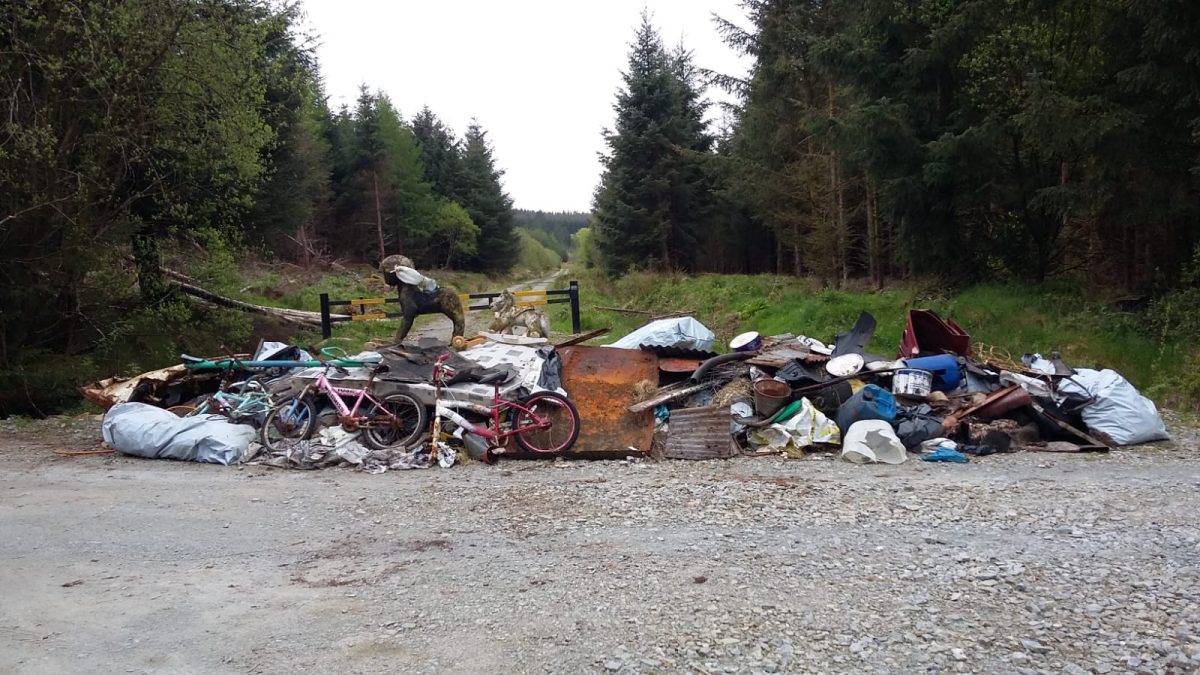 A large-scale illegal dump outside Ballybofey has sparked calls for the community to take action against the issue.

Walkers at Goland were met with a large pile of domestic waste during the Bank Holiday weekend. Items discarded included bikes, furniture and DIY materials.

Those who dumped the household items have been described as ‘unscrupulous’ by Councillor Patrick McGowan, who said those responsible have ‘no regard for the community or the environment we all share.’

Cllr McGowan, who is Cathaoirleach of the Stranorlar Municipal Area, said similar scenes were found at Meenreagh during another Bank Holiday weekend just weeks ago.

He is calling on communities to rise up and put a stop to illegal dumping.

“Both locations are not that far apart as the crow flies, said Cllr McGowan.

“Friends of mine who were out walking yesterday were shocked at the size and type of rubbish they discovered dumped in a very scenic area,” he said.

“I repeat what I said recently about the type of person that would do something like this – they would, in my opinion, stoop to anything and must be stopped.”

Cllr McGowan has shared photos of the dump in a bid to identify the owners or find out where the waste came from. Any information which may help with the appeal can be given to the waste management section of Donegal County Council through the Council’s Call Centre (074) 91 53900.