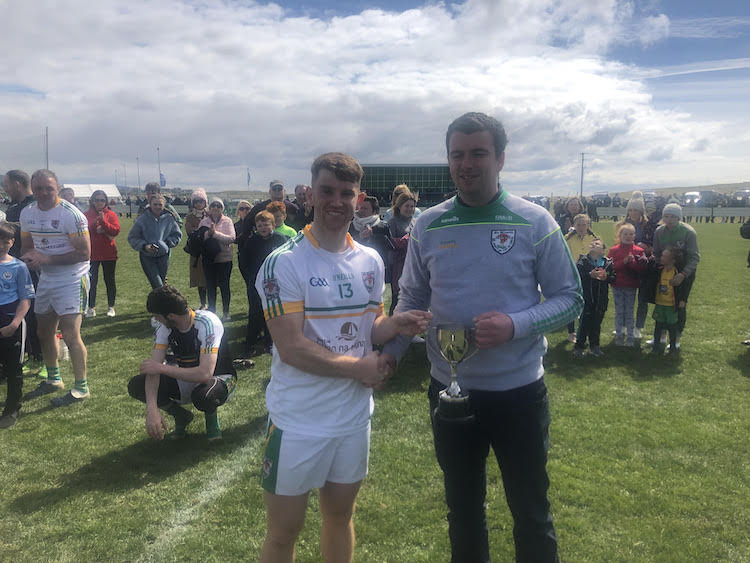 In December, Downings lost Paddy – a club stalwart and a huge supporter of the Gaeltacht competition – to cancer.

Yesterday, Connor, who scored five points, won the Man of the Match award in the junior final, which was named in honour of Paddy ‘Fenny’.

“Once we got to the final and heard who the award was for, we said it didn’t matter who won it, as long as it’s coming back with one of us Downings boys,” Connor told Donegal Daily/Donegal Sport Hub afterwards.

“He was a massive loss for the club.  Somebody from our club had to come to win it today.”

Connor, as well as his own scoring, laid on the Downings goal for Kevin Doherty in the 1-9 to 1-6 win.

He said: “It was a good victory. That was a strong Gaoth Dobhair team and they put up a good fight. It’s good to get over the line.”