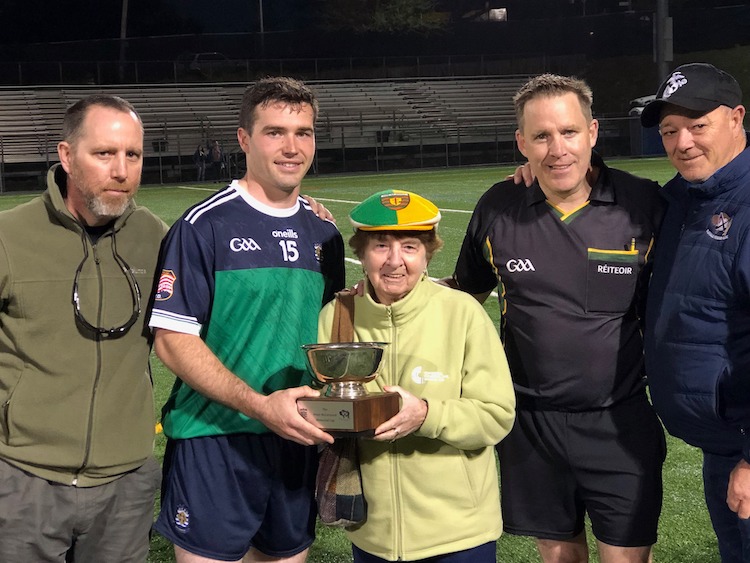 NYPD overcame Buffalo Fenians 2-10 to 1-7 to win back the Cup named in honour of Ballybofey native Peter McCormack, whose sons, Paul and Peter, are former NYPD GAA Presidents.

Peter McCormack emigrated to New York in the 1960s and set up home in the States, where he met his wife, Teresa.

In November, 2017, Peter McCormack passed away, but his memory lives on.

The game at the weekend was part of a bumper GAA weekend in the Big Apple, where Mayo defeated New York in the Connacht senior football championship.

Peter McCormack junior refereed the NYPD-Bufallo game and said: “We think about him every day. Thank you to both teams for doing this.”