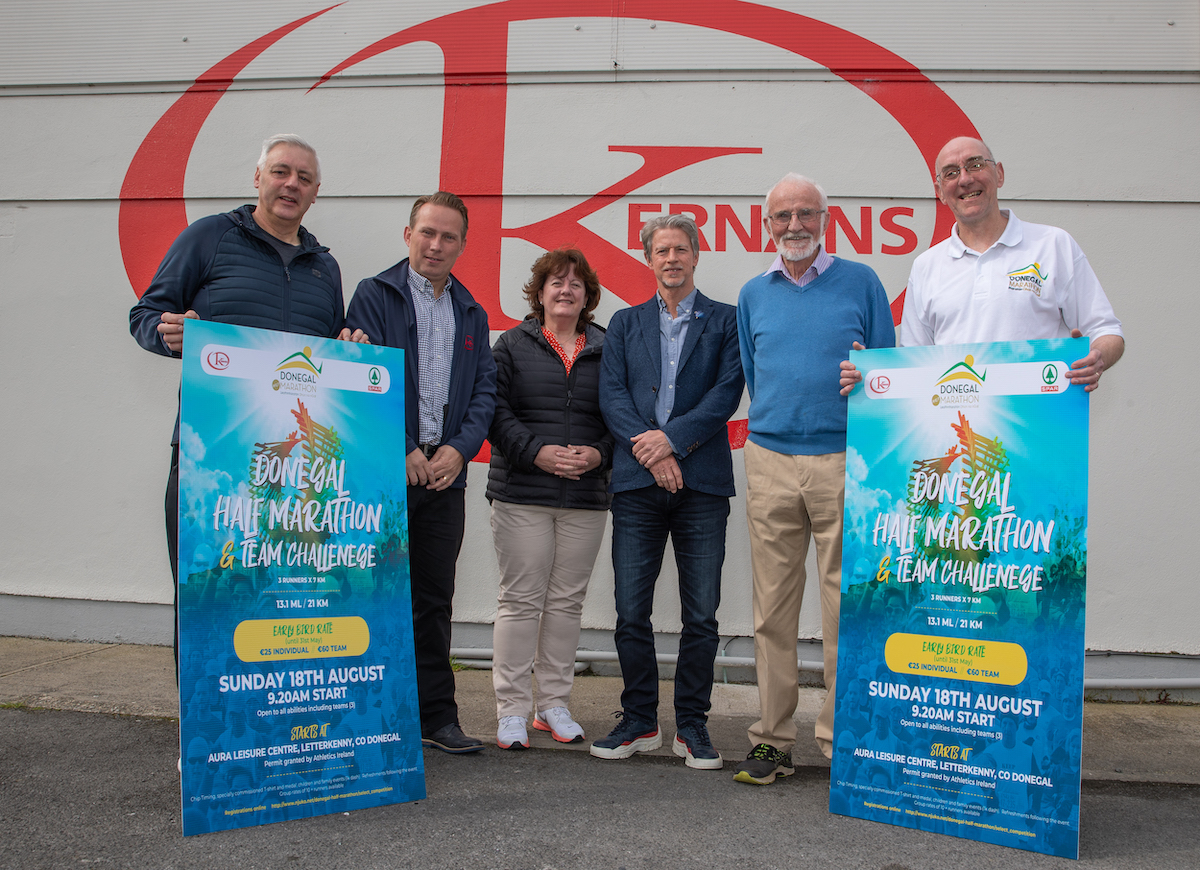 Donegal Half Marathon launched in Letterkenny

written by Staff Writer May 8, 2019
Facebook0Tweet0LinkedIn0Print0

The launch of the sixth annual Donegal Half Marathon was held officially this morning at Kernan’s Spar in Letterkenny.

The event, which will be held in association with Kernan’s Retail Group, takes place on Sunday, August 18th at 9.20 am.

Speaking at the launch, race director, Brendan McDaid, said the organisers are is expecting a large entry for this year’s race.

“Sunday’s North West 10K marked the start of the Donegal Athletics Board Grand Prix Road Series and now is the perfect time for those thinking about taking part in the Donegal Half Marathon to begin their preparations.

“Targeting the Donegal Half Marathon, which is the longest race in the local series, will help their momentum. It’s ideal for those who will be competing in the Dublin Marathon at the end of October, or indeed other marathons taking place around that time of the year.

“We are encouraging as many people as possible to register online as early as possible. We have an early-bird rate of €25 on offer until Friday, May 31st.

“There’s also an added incentive of an extra 20 per cent discount for people who are members of groups and clubs who register ten or more to take part.

“So, there’s great value for money to be had for those who enter before the end of May and are part of a group of ten. The entry fee will increase to €30 from June 1.

“There’s also a relay team section where each member completes 7K and we are hoping for a good entry for this as well.”

Anthony Kernan of Kernan’s Retail Group, who are the main sponsors of this year’s Donegal Half Marathon, said his company is delighted to be associated with the event.

“The Donegal Half Marathon is well established in the local sporting calendar and Kernan’s Retail Group are happy to lend our support to it,” Kernan said.

“We support a lot of things and most of those relate to activities and sporting events. Our emphasis is always on supporting the local community.

“I think sport is a great thing for all ages and is particularly important for the younger generation. I would encourage young people to get involved in some sort of sport for all sorts of reasons.

“It’s no harm to take a knock now and then and it teaches you to become resilient. From that point of view, it can only strengthen you and sport is definitely a great leveller.”