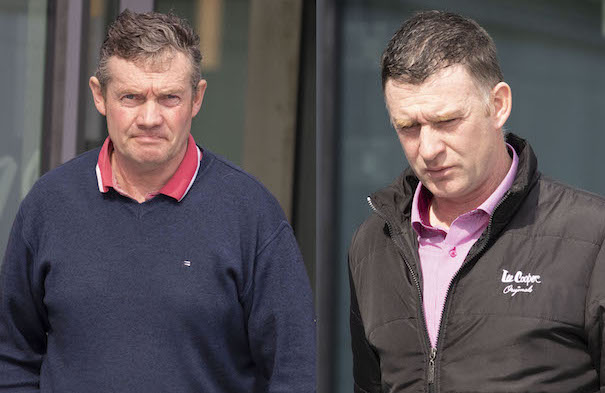 A farmer accused of breaking the cheekbone of his neighbour in a row over a straying cow claims his land is constantly being over-run by cows, horses, sheep and even ducks.

Hugh McBride has denied striking neighbour Gerard McGarvey twice in the face at his home at Golan in Milford.

The father-of-three, aged 44, is appearing at Letterkenny Circuit Court where he denies assaulting Mr McGarvey, 51.

Mr McGarvey has told how he was set upon by Mr McBride on July 8th, 2015 when he went to retrieve a straying cow at 8.30am.

He said he required hospital treatment and had to undergo an operation after his cheekbone was broken when he was punched by McBride.

He also alleged that McBride called his family “orange bastards” but Mr McBride denied this emphatically.

The court was told that the background to the dispute is over a disagreement over a right-of-wayOn the second day of the trial, pictures of bruising and other damage to Mr McGarvey’s face were produced in court.

McBride has consistently denied that he ever assaulted the alleged victim. He said that when the cow trespassed onto his land he locked the gate and called the Gardai and said he was not going to let the cow out.

He said he had suffered enough trespassing of animals belonging to Mr McGarvey on his lands.

He said “All I wanted was for the Gardai to see what my family was going through between me and him.”

He added that he never touched Mr McGarvey and said that it could easily have happened as a result of an accident on his farm.

Barrister for the accused, Mr Peter Nolan asked Mr McGarvey if it was not the case that he should have his animals under control at all times.

Mr McGarvey agreed but Mr Nolan asked him was it not the case that some of his sheep had actually broken out today (Wed) and the alleged victim agreed.

Mr McBride’s wife Maura said there is not a week that passes that Mr McGarvey’s animals do not stray onto their land and into their gardens.

She said she did not see her husband hitting Mr McGarvey as alleged.”There were no punches thrown. I didn’t see any punches,” she said.

She added that her husband had asked her to film the incident from the house but she said she could not manage her phone as she had a small baby in her arms at the time.

The case before Judge John Aylmer is expected to finish tomorrow (Thursday).