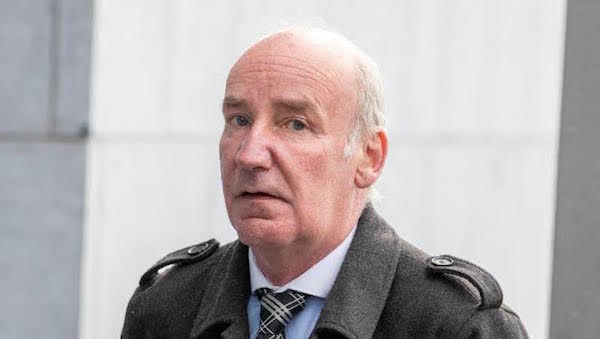 Letterkenny man who stole from employer is jailed for 21 months

A Letterkenny man who was caught stealing from his employer has been jailed for 21 months.

Alan Moore, of Lurgybrack, had pleaded not guilty to ten counts of taking cash from Castle Interiors in the Courtyard Shopping Centre.

However, after a five day trial, the 56-year-old was found guilty of the charges and was released on bail to be sentenced yesterday at Letterkenny Circuit Court.

Judge John Aylmer said the systematic nature of the thefts could not be ignored.

He also pointed to the fact that Moore had tried to claim he was targeted by his employer to stop him paying a redundancy payment as the shop was closing which he said was not the case.

He added that Moore had frustrated the investigation by giving false explanations when various charges were put to him during interview.

Judge Aylmer said he placed the offences in the mid-range and that each charge merited a prison sentence of two years.

However, because Moore had no previous convictions and had previously enjoyed a long history of employment and had a low risk of reoffending, he reduced the sentence to one of 21 months with all to run concurrently.

The trial has heard that Moore’s company installed a specialist CCTV system to catch a suspected thief after their accountant noticed their business was not performing as well as it should be.

Castle Interiors, a painting and decorating supply company had noticed their books were not tallying over a period of time.

They installed a new surveillance camera system and observed one employee who was caught red-handed dipping in and out of the till.

The court heard how the owner of the shop, Rossa McCosker, had been informed by his accountant that there had been an unexplained shrinkage in stock.

The accountant also said the shop was not performing as it should be.

Employee Alan Moore, aged 54, had been reprimanded on a number of occasions for leaving the till open.

An older surveillance system which had to be played back by staff was then replaced but Moore had not been told of this.

When the new ‘live’ surveillance system was put in place, a member of staff in the company’s Ballyshannon office monitored the activity in the shop.

Between 22nd November, 2013 and December 2nd, 2013, the employee made a contemporaneous note of everything that happened in the shop while watching the live CCTV stream.

She had noted when to ring in some items into the till put money in or took money out.

The jury was shown footage of ten specific incidents when More took cash out of the till and put it into his pockets.

The court was told that a total of €794 had not been rung into the till and that €780 in cash had been taken from the till.

Because the items were not being rung into the till there was no excess of cash in the till to be lodged at the bank.

When approached about the incidents Moore became very angry and later claimed that Mr McCosker had wanted to close the shop and did not want to pay out redundancy money.

She was strongly denied and the court was reminded that the Government paid 60% of redundancy payouts in any case.

Detective Garda Paul Lynch gave evidence of interviewing Moore after he was arrested.

He admitted that he had operated a haphazard system for operating the till for a number of years but this had been tolerated by management.

In his victim impact statement, owner Mr McCosker said he operated a number of businesses and after this, he had found it difficult to trust employees.

“I am less able to trust individuals and am watchful and needy and I feel more vulnerable to fraud,” he said.

The court was told that Moore was now a 56-year-old married man with two sons and had no issues with drugs, drink or gambling.

Letterkenny man who stole from employer is jailed for 21 months was last modified: May 13th, 2019 by Stephen Maguire