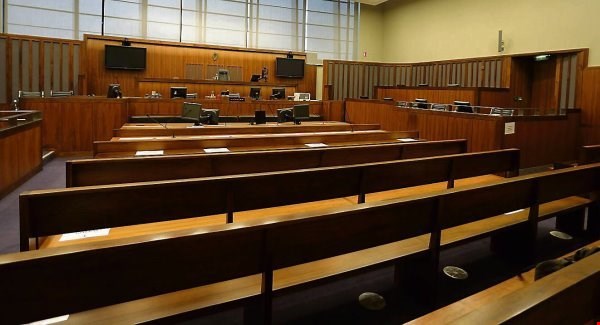 written by Stephen Maguire May 10, 2019
Facebook0Tweet0LinkedIn0Print0

The family of a Co Donegal teenager murdered by loyalists 46 years ago has commenced High Court action over suspected security force collusion surrounding his killing.

Henry Cunningham, 16, was shot dead in August 1973 when UVF gunmen ambushed a van he was travelling home in.

His brothers, Robert and Herbert, were also among workmen of mixed religion in the vehicle attacked on the M2 motorway near Randalstown, Co Antrim.

They are suing the Ministry of Defence (MoD) after it emerged that a weapon used in the killing had been stolen from an army base.

As the case came before the High Court in Belfast for the first time, Robert Cunningham travelled from his home in Carndonagh to attend the hearing.

An emotional Mr Cunningham insisted to the Belfast Telegraph the family want answers to the circumstances which led to his brother’s killing.

“There was never a proper inquest and we feel that we have been let down by our own (the Irish) government.

“What really annoys me is that the authorities north and south would let my mother and father go to their graves without an investigation, nobody did anything.”

No one has ever been prosecuted for his brother’s murder.

Weeks after the teenager died an inquest was held, returning an open verdict.

In 2008, an Historical Enquiries Team (HET) report said that one of the guns used had been stolen from a UDR base in Lurgan, Co Armagh.

Backed by lobby group The Pat Finucane Centre, the Cunninghams are suing the MoD for alleged misfeasance in public office and negligence.

They claim the defendant was aware that guns under its control were being lost or stolen but failed to take any action.

Papers lodged in the case further allege the MoD knew or suspected that UDR personnel were involved in taking the weapons that could be used by loyalist terror groups.

The case was adjourned amid attempts to secure further discovery of relevant documents.

Outside court Mr Cunningham’s solicitor, Kevin Winters, said: “Without documents families alleging State collusion can’t begin to get any form of justice for their loved ones.

“Today is the first step for the Cunningham family to get discovery of MoD material that will hopefully provide answers to the killing of their brother nearly half a century ago.”

Paul O’Connor from the Pat Finucane Centre added: “This family is taking a challenge to the massive failure of the Ministry of Defence’s duty of care to keep their weapons safe.”