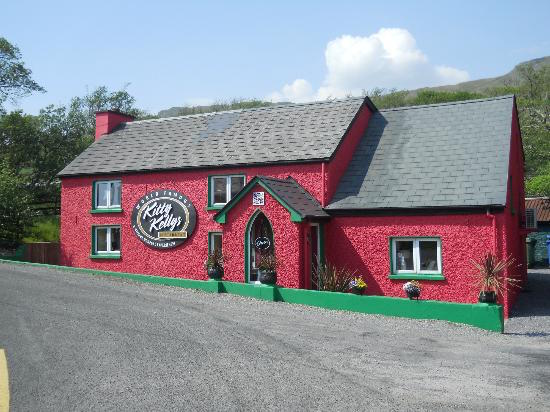 Fire rips through one of Donegal’s best-known restaurants

A fire has severely damaged one of Donegal’s most famous restaurants.

The blaze ripped through Kitty Kelly’s in Killybegs in the early hours of this morning.

Firefighters backed up by the Gardai were on the scene of the blaze which is understood to have been caused by an electrical fault around 6am.

The restaurant was severely damaged and will not be open for the foreseeable future.

A spokesman explained “With a very heavy heart, we have to notify you, our customers of the soul-destroying fire which happened in the early hours of this morning in the restaurant, due to an electrical fault. It goes without saying that severe damage was done.

“As it stands we will not be open for the foreseeable future. We will keep you updated on this.

“Otherwise, we would like to take this opportunity to thank the person who alerted the emergency services after 6 this morning. Thank you also to the response team (fire brigades & local gardai).

“Also, thank you to all the local people from Kilcar to Donegal Town who have been in touch already today. A lot of messages I still have to answer, but will be answered in due course and once we wrap our heads around the devastation.

“Thank you to our staff most of all who rallied in to be with us today. Most importantly, none of them was in the building or hurt.”

The spokesperson also revealed that everything was destroyed in the fire, including the restaurant’s reservation book with contact details.

The spokesperson added “If you or anyone you know has made a reservation for May, June & July please feel free to give us a call on 087 1846523.

Fire rips through one of Donegal’s best-known restaurants was last modified: May 14th, 2019 by Stephen