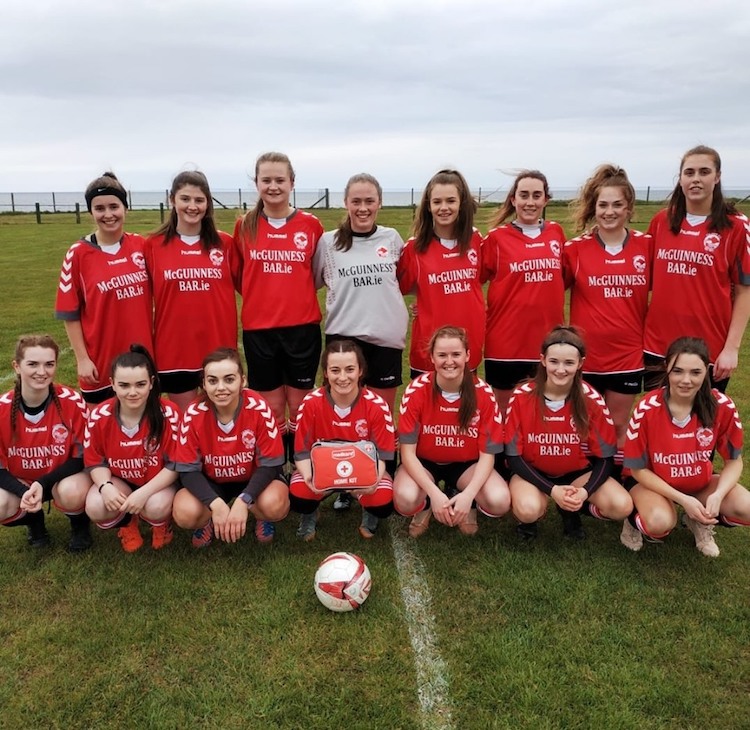 written by Chris McNulty May 10, 2019
FacebookTweetLinkedInPrint

The 2019 North West Women’s Super League season began on Thursday as champions Illies and newcomers Culdaff scored impressive wins while there was nothing to separate Fanad and Lagan.

Fanad United and Lagan Harps Ladies played out an entertaining one-all draw in this opening round of the North West Women’s Super League on Thursday evening.

Fanad started on the front foot and had the better of the chances in the opening stages.

On 15 minutes Amanda Callaghan’s shot form the edge of the box was blocked by Lagan keeper Niamh Monaghan and from the rebound Shannen Sweeney shot wide.

Ten minutes later Keri Sweeney forced Monaghan into another fine save when she shot from 18 yards.

The clearest chance of the half fell to Amanda Callaghan in the 35th minute when she headed wide from a Hannah Shiels corner. 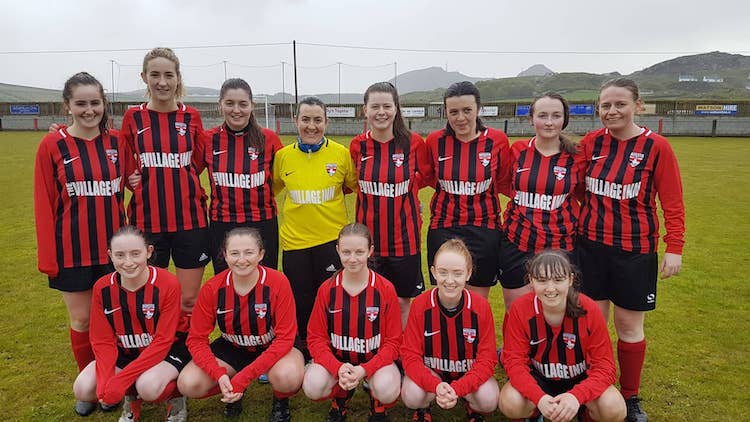 Lagan came into the game more in the second half and had a number of chances to score.

Two minutes into the half Bronagh Gallagher found space in the box but her shot was well blocked by Fanad keeper Susan McBride.

Just a minute later Bronagh Gallagher was denied again when her fine strike was headed off the line by Michelle McDevitt.

Just before the hour mark, Lagan had Niamh Monaghan to thank for keeping the scores level when she produced two excellent saves in quick succession.

First of all Monaghan dived to her left to deflect an Amanda Callaghan wide. From the resulting corner the ball broke to Lisa Friel who’s thumping strike was palmed away by the excellent Monaghan.

On 70 minutes Monaghan produced another decent save to deny Amanda Callaghan.

However two minutes later Fanad made their pressure count when they took the lead. When Lagan failed to clear a corner, the ball fell to Hannah Shiels who fired into the bottom corner. 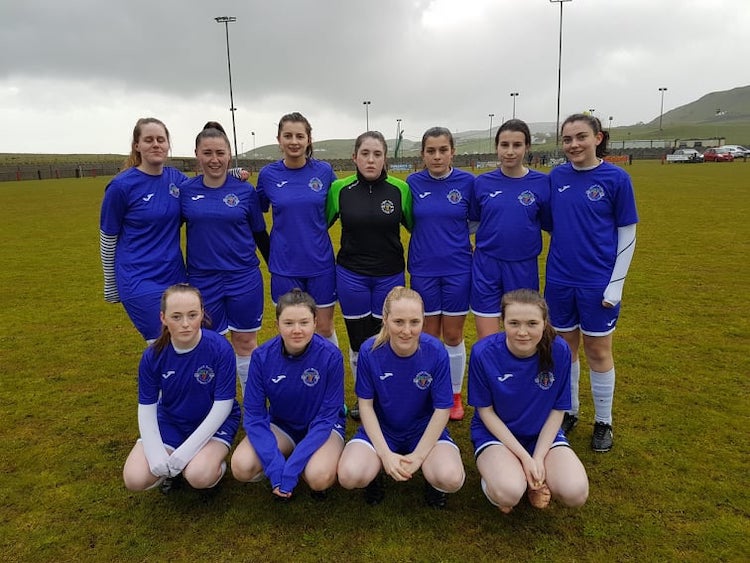 Lagan started to press after that and got an equaliser in injury time. In similar circumstances to the Fanad goal, a corner wasn’t cleared and Lucy Canning pounced to score at the back post.

A very competitive game played in Carrowmenagh as Culdaff, one of the League newcomers, overcame Greencastle.

The first chance of the game was created by Culdaff with Naoimh Callaghan played the ball through for Tara O’Connor but was saved well by Georgia Rudden.

Claire McLaughlin played the ball through for Erin McLaughlin to slot home the opening goal.

Greencastle came back at Culdaff with a great effort from outside the box with Shannon McDonald but was saved well by Culdaff keeper Danielle Hougton.

Not long after Greencastle winger Eimear McLaughlin had a great effort but was also well saved by Houghton.

Some lovely link up play with Cliona Gibbons and Shauna Ruddy ended up with McLaughlin striking home her second of the evening.

At the start of the second half Greencastle were at top without creating any chances but the Culdaff defence was well organised with Aoife Bell and Louise O’Connor keeping things tight.

With Greencastle pushing forward, Culdaff caught them out on the counter attack with great play with Erin McLaughlin and Tara O’Conner resulting in O’Connor scoring Culdaff’s third goal.

Ten minutes from the end Erin McLaughlin completed her hat-trick with a defence mix-up allowing her to slot home.

Illies picked up where they left off and John Doherty’s team showed that they’re back with real menace again in 2019.

Paula McGrory is once again showing her predatory instincts and led the charge while young Emma Doherty, recently capped by the Republic of Ireland schools team, also impressed among the goals.