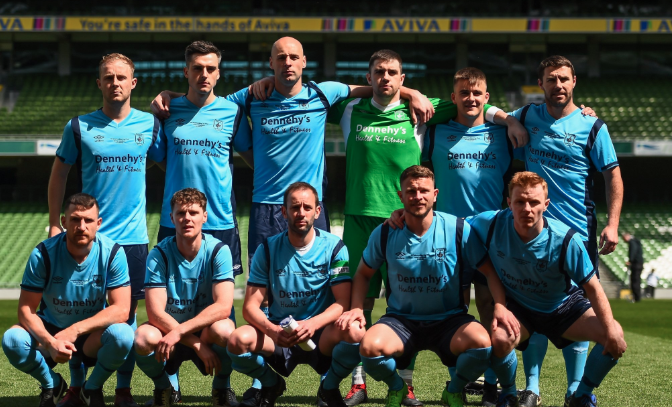 Intermediate Cup glory for David Shovlin at the Aviva

written by Chris McNulty May 11, 2019
Facebook0Tweet0LinkedIn0Print0

Shovlin was part of the Avondale United side that defeated Crumlin United in the final.

There was a measure of revenge for Shovlin today as he played a part in Avondale’s seventh Intermediate Cup final win in 14 years. Shovlin was forced off after 35 minutes and replaced by Ryan Hogan, but the Donegal native was celebrating Cup joy.

Mark O’Sullivan hit the only goal of the game late in the first half. O’Sullivan drove from deep and sent a stunning shot flying to the net.