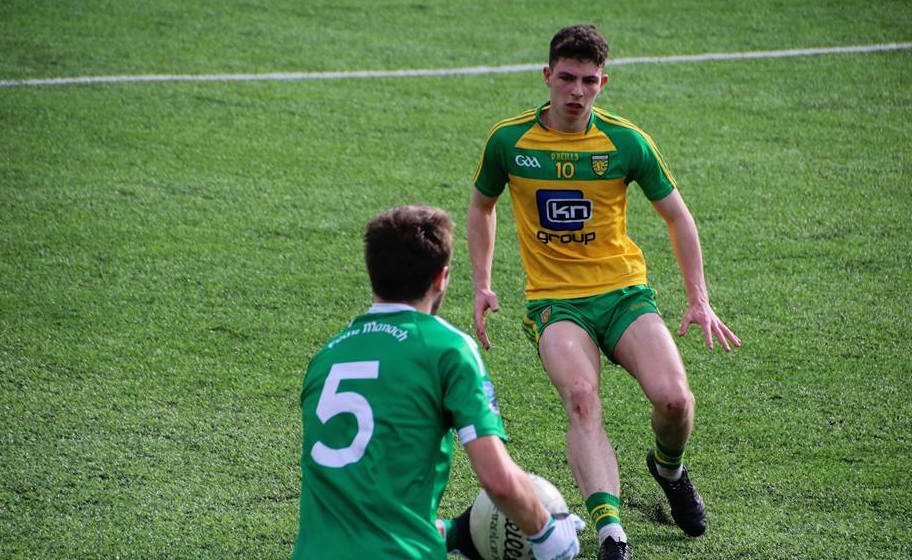 written by Staff Writer May 12, 2019
FacebookTweetLinkedInPrint

Paddy Dolan and Mark McAteer hit hat-tricks for Gary McDaid’s side, who also had goals from Colin McFadden and Shane Gillespie.

Donegal were 2-7 to 0-5 in front as Dolan and Colin McFadden landed a pair of goals inside 90 seconds in the first half.

Dolan drilled in two penalties and McAteer, who came on as a substitute eight minutes into the second half, ran in three goals.

Peter Gillooly netted two goals for the Rossies, but Donegal were long since out of sight.