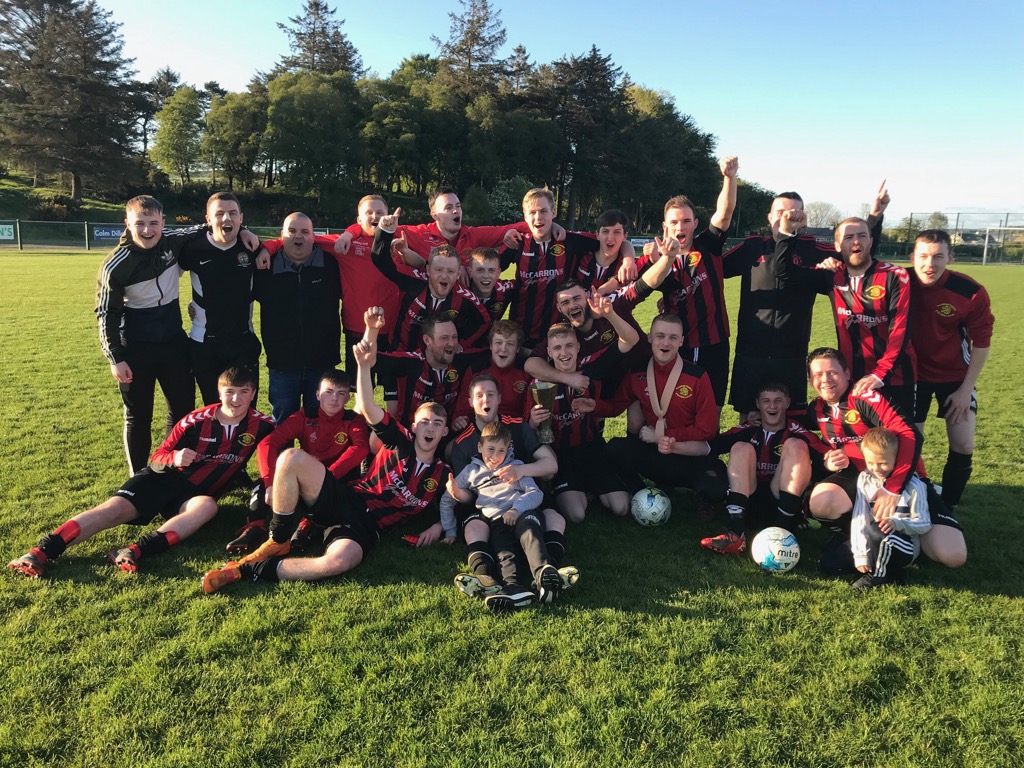 written by Chris McNulty May 12, 2019
Facebook0Tweet0LinkedIn0Print0

Darren McCarron praised the effort of his Kildrum Tigers Reserves as they overcame Milford United in the Saturday League Division 2 Shield final.

The Tigers came from behind at The Moss as goals from Gareth Colhoun, Michael Ayton and Ryan McCarron secured a 3-1 win.

“We went the hard way about it,” the Tigers boss told Donegal Daily/Donegal Sport Hub afterwards.

“We never started in the first half. The boys got going in the second half and did a real good job of it.

“For times in the first half we weren’t in the game, but we had a bit more bite about us in the second half.”

The win adds the Shield to the League title collected earlier in the season, meaning a double celebration for the St Johnston side.

McCarron said: “They all put the effort in and train. Most of these boys do the bench on Sunday, some of them start. They put a serious effort in all year.”