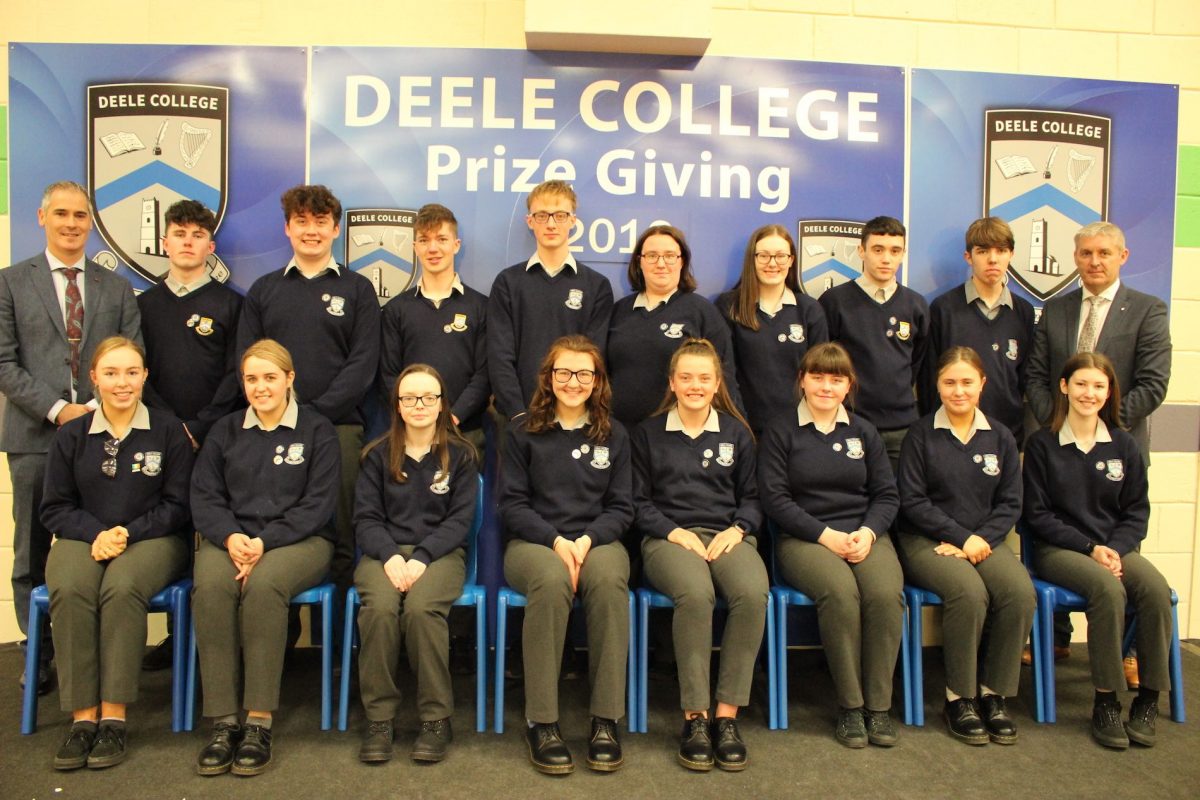 A large congregation of students, teachers, parents and other members of the school community gathered to honour the achievements of the school’s students both inside and outside the classroom.

It was a day of celebration, yet it was a day tinged with sadness, as the husband of the late Grainne O’Donnell who died earlier this year, was present to award the ‘Science Student of the Year’ to Conor Wilson.

It was a fitting tribute to the former science teacher, who was such a pivotal member of the teaching staff at Deele College and her memory will live on through this perpetual award for students who excel in science.

Head Girl, Tyler Toland won numerous awards, both for her record-breaking antics in the world of soccer and also academic awards, which show what a hard-working and dedicated student she is.

Indeed, it was noted that the airport staff in Dublin are well acquainted with the Maiden City star, whose luggage is persistently over the designated weight due to the bulk of her school books.

No matter where in the world she is jetting off to, the school books are with her.

Another highlight of the event was the acknowledgement of the ‘Clean-Guard’ team, who won the national NFTE Entrepreneurial Competition last week in Dublin.

The team, which consists of Ellie Baron, Stephanie Harper and Saffron Porter will now go on to represent Ireland in Barcelona at the European competition.

Ronan McKinley, a TY student who plays with Derry City, was highlighted for his role in the recent U-17 European Championships, where he represented Ireland, while Ellie Spence, Oisin Toye, Cate Toland, Gavin McGee, Holly Canning, Jade Duffy, Aine Kerr and Aine-Marie McBride were acknowledged for their participation in elite sport.

Guest Speaker, Minister for Education and Skills, Joe McHugh said that he was both astounded and fascinated by the wide variety of both success and participation in extra-curricular activities in the school.

He highlighted the role that teachers play in getting students ready for not just exams, but for entry into the wider world.

He also noted the importance of the school’s history, with a number of awards named after past teachers, especially the recent award dedicated to Grainne O’Donnell and said that the award will keep her memory alive forever in the school.

Jumping eloquently between English and Irish, he congratulated the school in their efforts to make the Irish language part of our daily lives. He insisted that it was through the promotion of our native tongue that would keep our culture alive.

He urged students to be bold, to be brave, to try new things and to never be afraid. He told the students that if they weren’t making mistakes, they simply weren’t learning.

“The small mistakes we make every day are essential for our learning. It’s how we get better, it’s how we achieve success.

“I want all of you to keep doing what you are doing, you are on the right track, keep making mistakes, keep trying new things and success will never be far away.”