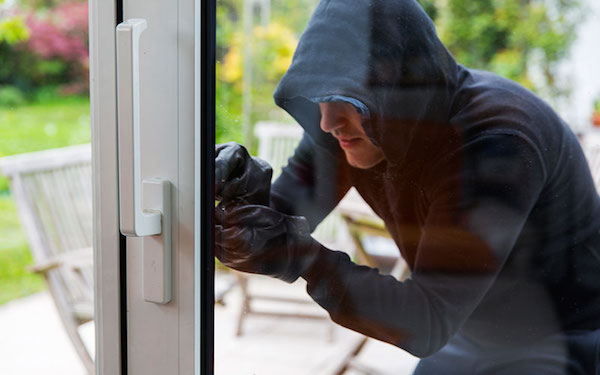 Communities on alert following three burglaries in one day

written by Rachel McLaughlin May 14, 2019
Facebook0Tweet0LinkedIn0Print0

People in the border area of Inishowen were on high alert yesterday following a series of burglaries.

Two homes and a church hall were targetted in Fahan and Muff during incidents on Monday afternoon and evening.

In one case, an elderly lady came face to face with the burglars as they robbed jewellery from her home.

The woman was distracted by a teenage boy who arrived at the door of her home in Fahan Village. Meanwhile, a man who was described as being in his 30s entered the house through a rear window. The woman managed to interrupt him, but the thief fled with some jewellery.

The incident occurred between 4.45pm and 5pm.

Earlier in the day, an unoccupied house in Mullanbane, Muff was targetted between 2pm and 4.30pm. The culprits gained entry through a rear bedroom window and stole money from the house.

Another case, which Gardaí say may be linked, took place at Knowhead Presbyterian Hall. The door of the building was forced open between 2pm and 6.30pm. Nothing was taken in this case.

Gardaí believe that a black hatchback style BMW may have been involved in some or all of these burglaries.

The public has been warned to be on the lookout for the vehicle in the border areas.

Garda Sean Sweeney from Buncrana Garda Station said: “It’s highly likely that the registration plates are being changed regularly on this car so if you see one acting suspiciously, don’t rely on the fact that you heard it had a certain registration plate and the plate does not match up. Call us and we will check it out.”

Gardaí are appealing to anyone with any information in relation to these burglaries, if they saw anything untoward in any of these areas yesterday, either people or vehicles, especially the BMW described, to contact Buncrana Garda Station on 074-9320540 or call the Garda Confidential line on 1800 666 111.