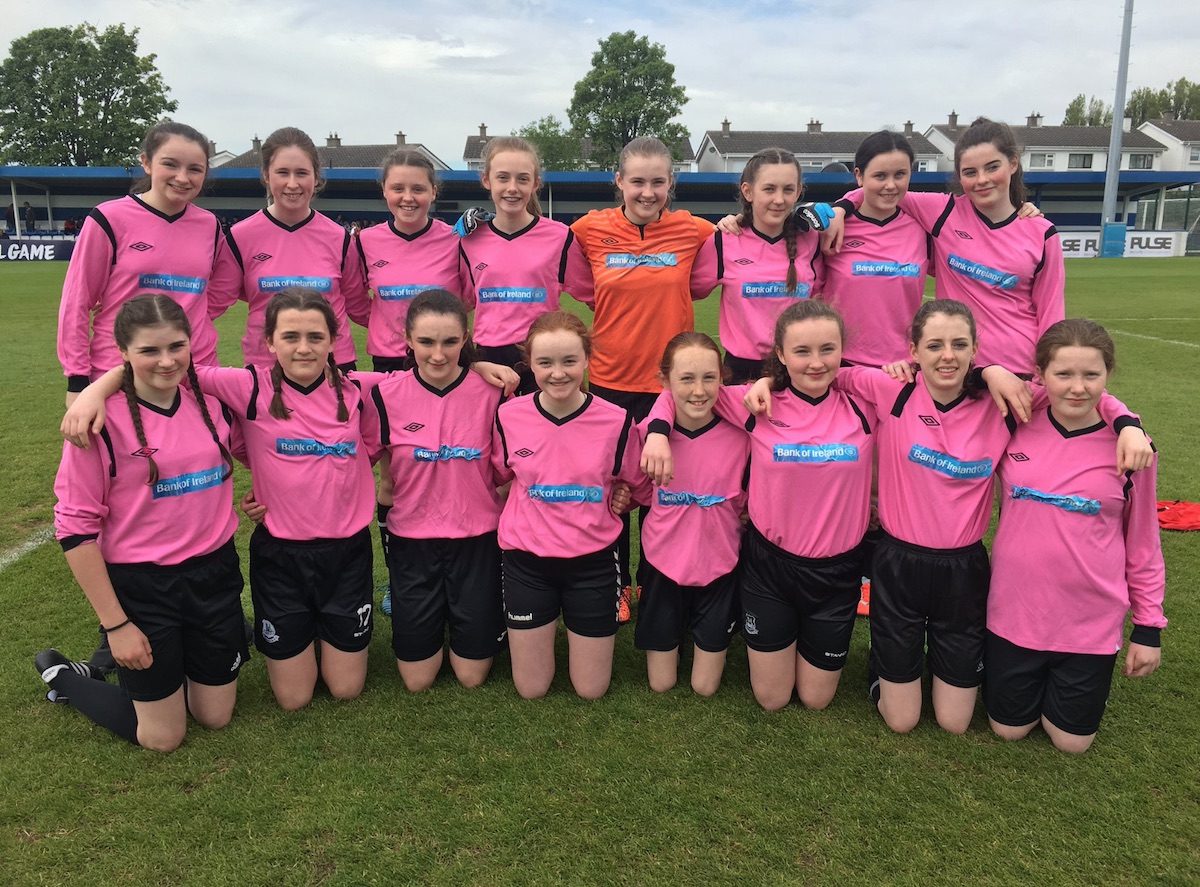 Mulroy College narrowly lost out in the FAI ‘B’ National Schools Cup final to CBS New Ross as the two sides locked horns on Wednesday at Whitehall Stadium, Dublin.

The Donegal side reached the final after seeing off St Joesph’s Foxford Community School 2-1 a fortnight ago in a closely contested semi-final.

However, their task against the impressive Co Wexford opposition proved one step too far, with CBS New Ross sealing the cup win with a 2-0 victory.

The Leinster champions took the lead after nine minutes when Sophie Quigley swept her effort beyond Kaylee Bernard in the Mulroy goal, despite Bernard saving the original effort.

As Mulroy battled hard, their hopes of an equaliser were dashed just after the interval as Kyra Nolan doubled New Ross’ lead and sealed the cup victory.

Mulroy College lose out to CBS New Ross in FAI ‘B’ Schools National final was last modified: May 15th, 2019 by Shaun Keenan