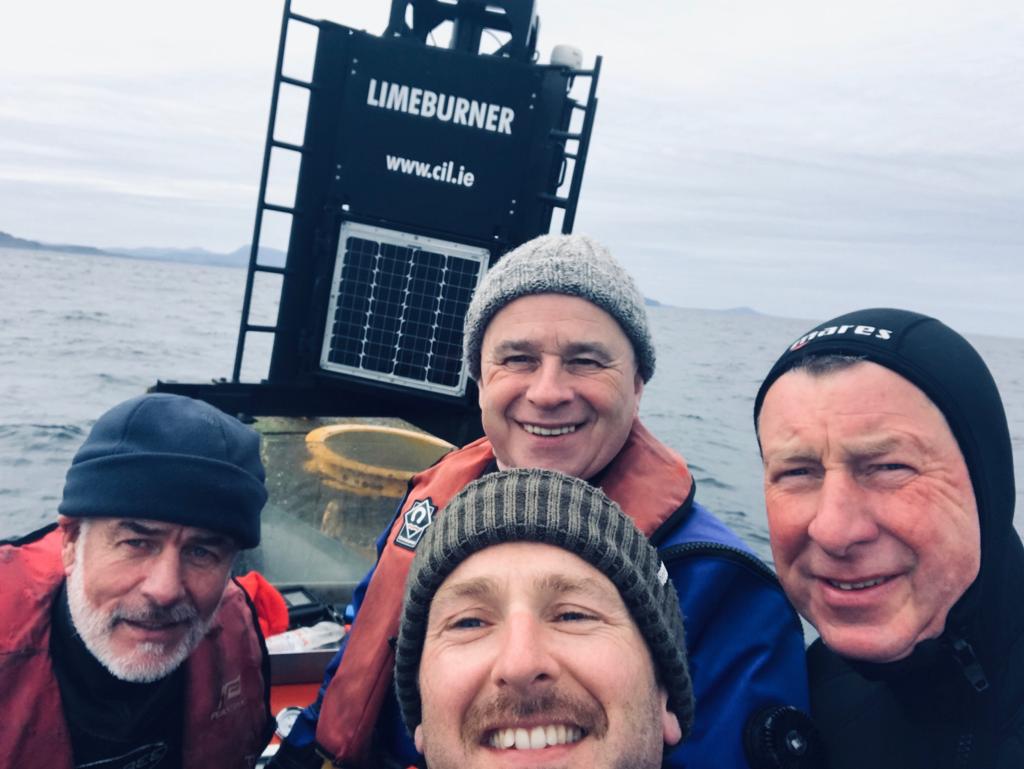 Sheephaven divers had a full weekend of diving activities last week, with dives on Saturday and Sunday mornings, along with the regular snorkel from PortnaBlagh harbour.

Saturday mornings’ dive was led by Kiaran Mc Glynn from Downings, across the bay to Pat Mc Gee’s reef that runs for some distance eastwards out from Marblehill.

Sea conditions were lively enough with a bit of an Atlantic swell rolling in on the northerly breeze, but at depth, it was not noticeable at all.

In-water visibility was moderate at no greater than five metres horizontally, while the temperature was just less than 10 degrees Celsius.

There was some large fish observed, mainly Wrasse and shoals of small fry in the more sheltered areas of the reef, which has overhangs, gullies and boulders along its course.

The two stick boat dive had a maximum depth of over 20 metres, with surface to surface times of around 40 minutes.

Sunday morning’s boat dive was led by Noel Brennan out from Mevagh to the Limeburner, which is another reef but located nearly 2 kilometres out from Melmore Head.

It is unexposed but in heavy weather, the swell builds up on it and it is considered to be a significant hazard to shipping, with a cardinal navigation marker guarding it to the north.

In the past the Limeburner marker had a foghorn that was continuously sounding and audible for quite some distance, today modern technology has taken over and between solar panels and electronic signalling, the need for foghorns has long since gone.

The reef begins at around a depth of 5 metres and falls off to nearly 40 metres, where it gives way to cobbles and shingle.

Fish life is generally abundant, with Wrasse and Pollock in good numbers, along with Lobsters and Brown Crabs.

In the upper reaches of the water column, the kelp grows in great lengths and in the past Sheephaven divers have encountered Basking Sharks at this location.

Maximum surface to surface time is reduced at this site as a result of the depths, but with good dive practice, the latter end of a dive can be extended out by rising up the reef to a shallower depth.

Meanwhile back in PortnaBlagh the regular snorkel went ahead across the harbour to the Golf Course and back in towards the beach and then on to the harbour, taking about 40 minutes to complete the circuit.

A great weekend of diving in Donegal waters, in beautiful mid-May weather conditions.