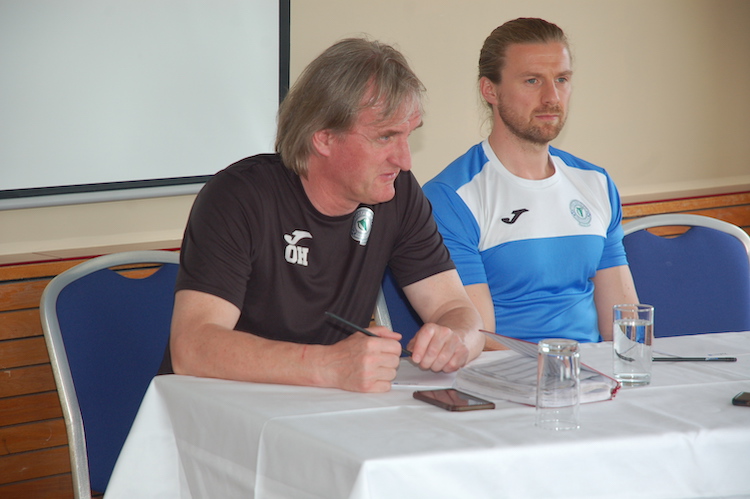 Listen: ‘It’s us against them’ – Harps skipper Keith Cowan

Finn Harps captain Keith Cowan says the experienced players in the dressing room have helped cultivate an ‘us against them’ mentality.

Harps, who still occupy the Premier Division’s bottom spot, have taken five points from their last three games and have moved to within three points of UCD.

As Harps prepare for another busy period – with League games against Waterford United (Friday), Shamrock Rovers (Monday) and Derry City (Friday-week) to come over the next eight days – Cowan hopes they can kick on from a recent upturn in fortunes.

“Getting points on the board is always going to give the lads a wee lift,” Cowan told Donegal Daily/Donegal Sport Hub.

Harps lost ten League games in a row and were in danger of being cut adrift until they followed draws with Sligo Rovers and Cork City with a win over UCD.

Cowan said: “We have to keep things as positive as possible. We’re trying, as a group, to get everyone clued in together and keep the communication going.

“Things like that can make a huge difference when results aren’t going that well.

“We sort of try and give a mentality that it’s ‘us against them’ and we’re there to work hard and prove people wrong.”

Listen: ‘It’s us against them’ – Harps skipper Keith Cowan was last modified: May 16th, 2019 by Chris McNulty