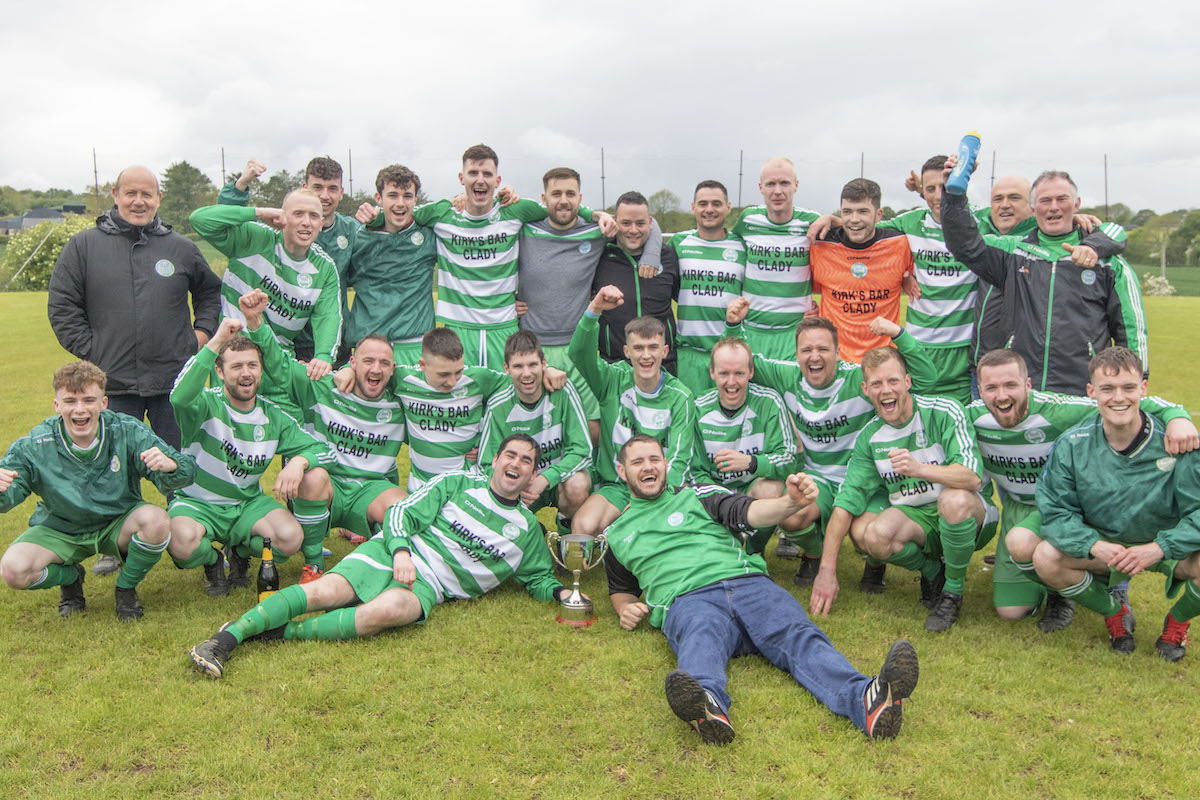 Corrie Lee Bogan gave them the first-half lead after 26 minutes and three goals in the opening 15 minutes of the second half from Ronan Tourish, Raymond Foy and Ronan Tourish again made it 4-0 and the title in the bag.

They added a fifth goal in the 69th minute from Emmet White.

Kevin McHugh pulled one back for Kildrum but it was purely a consolation on a day that Castlefin Celtic performed when they most needed to do so.