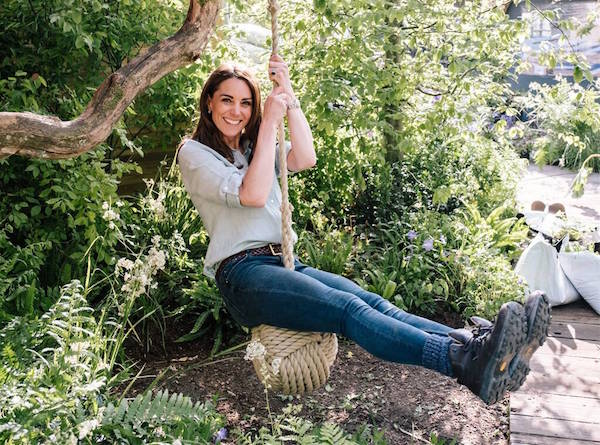 written by Stephen Maguire May 20, 2019
Facebook0Tweet0LinkedIn0Print0

A Donegal company has helped the Duchess of Cambridge keep her feet on the ground after supplying her with socks.

So impressed was Kate Middleton with her footwear that she wore them in a recent photo to promote the Chelsea Flower Show.

The pictures showed fashion influencer kate wearing the socks to promote the “Back to Nature” garden that she designed specifically for the beloved event.

The photos were reproduced around the globe and shared by millions online.

Managing director of Donegal Socks, Martin Breslin, said he spotted the socks straight away as their opale brand which his company supplies to the British National Trust.

He said “We supply two different types of socks to the National Trust and this is one of them. Prince Charles in the chairman of the trust so that’s probably how she was supplied with them.

“It’s nice to think that Kate Middleton is wearing a pair of socks which came from a small town in Co Donegal.”

Donegal Socks started production in 1991 and has produced over one million pairs of socks in that time and now employs eight people at its base in Glenties.

The small Donegal town, in which Brian Friel’s Dancing at Lughnasa was set upon, has a proud tradition of sock-making going back to the 1920s.

The film, which starred Meryl Streep and written by Brian Friel, features the Mundy sisters who earned their living knitting socks for the local factories.

Today almost all the traditional skills have gone, however the Breslin family are the third generation of a family business endeavouring to hold on to the skills that their forefathers bore and continue to manufacture socks in the town of Glenties for the home and export market.

The rugged patterns of mountains and moor intertwine with hues of wild sea and blue sky in the patchwork weave of colour that is Ireland’s Donegal.

But despite the royal endorsement of his product, sock boss Martin says it won’t have any huge effect on his business.

“We already have enough orders to do us for Christmas so even if she tweeted how wonderful our socks were, we wouldn’t be able to go any faster,” laughed Martin.