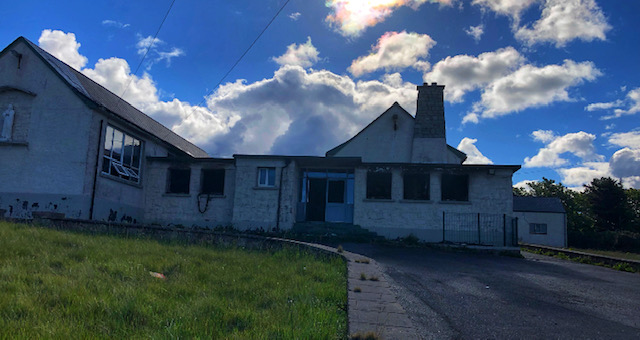 Gardai investigate fire at former school where pupils were abused

Gardaí are investigating the scene of a fire at the former Ard Scoil Mhuire school in Gaoth Dobhair.

The incident is thought to have occurred at around 3am this morning.

Fire services attended the scene and brought the blaze under control.

Forensic investigators are expected to visit the scene this morning.

The school building, which has a troubled past, has been derelict for many years. A planning application has been lodged to redevelop the site for housing.

Ard Scoil Mhuire was the location of disturbing incidents of child sex abuse at the hands of convicted rapist Michael Ferry.

Abuser Michael Ferry was convicted of the rape and molestation of four boys at the site while he was working as a caretaker between 1990 and 2005.

The property had been used as an Irish language summer college in recent decades but had been allowed to decay.

“I would have run courses in it myself. I certainly won’t be sad to see it go,” he said.

Gardaí are seeking information on the fire and appealing for any witnesses to come forward.

Gardai investigate fire at former school where pupils were abused was last modified: May 23rd, 2019 by Rachel McLaughlin