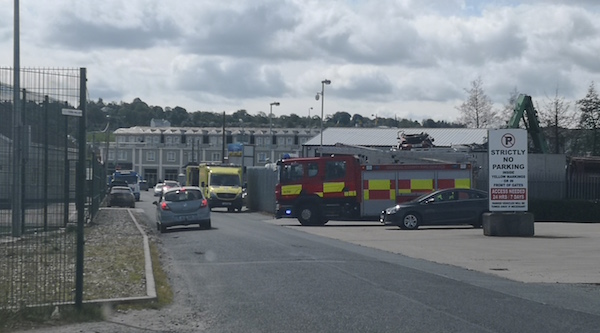 One man has been taken to hospital following a reported explosion at a Letterkenny car yard.

The incident happened around 11.30am at Donegal Car Breakers in the Bonagee area.

A number of ambulances and fire tenders rushed to the scene following reports of the explosion.

Eye-witnesses reported hearing a loud bang and a plume of smoke coming from the area.

One man was taken to Letterkenny University Hospital by ambulance but his condition is not yet known.

A full investigation into the cause of the incident has been launched.