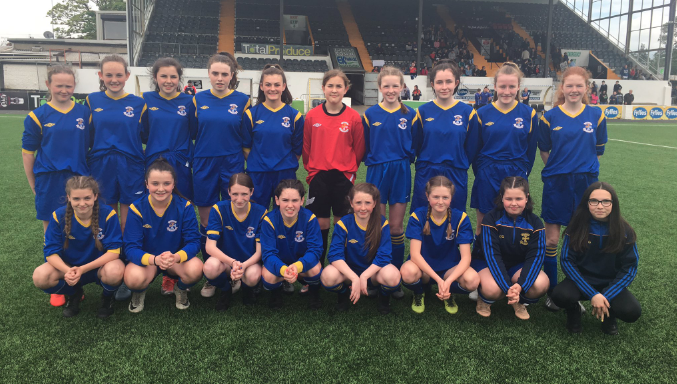 written by Chris McNulty May 22, 2019
FacebookTweetLinkedInPrint

An extra-time strike by Clara Gill gave Carndonagh the edge after a titanic battle during which Presentation SS levelled twice.

Ellie Long had given Carn the lead both times, but Presentation wouldn’t go quietly and it took Gill to provide the goods in extra time.

Long latched onto a Fiona Doherty pass to tuck home the opening goal of the game after 11 minutes.

However, Presentation equalised ten minutes later when Katie Law – earlier denied by a brilliant save from Susie Lafferty – fired in.

In the second half, Long restored the Carndonagh lead with a cracking free kick.

26’ | 🎥 GOAL @carndonaghcs Ellie LONG free kick is hit to the back of the net 2-1 @PresWex pic.twitter.com/Sfu9ggwQSy

Gill was thwarted by Ciara Pierce, the Presentation goalkeeper, and Law – who arrowed just over with five minutes remaining – forced extra time with a last-gasp goal.

Gill was picked out at the far post for what proved the winner. Carn went close to a fourth, but Alanah Brennan forced Pierce into a save and Gill his the post.

Soon, though, the final whistle shrilled and Carndonagh toasted another title.