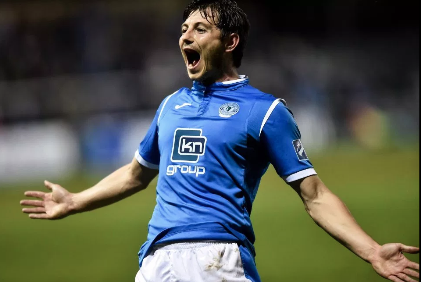 Finn Harps’ John Kavanagh ruled out of derby at Derry

written by Chris McNulty May 23, 2019
FacebookTweetLinkedInPrint

John Kavanagh has joined Finn Harps’ lengthy injury list and the Corkman has been ruled out of tomorrow night’s derby against Derry City.

Kavanagh sat out Monday’s 3-0 loss as a result of the injury and the right-sided player will not feature tomorrow at the Brandywell.

Derry have won just once in their last eight outings and Horgan insists all the pressure is on the Candystripes.

“They are coming off the back of a of draw and a defeat, so everyone in their squad will be under pressure to deliver a win against us,” Horgan said.

“Look we’re disappointed in the manner we lost to Shamrock Rovers on Monday night in Ballybofey, but the players are up again for the challenge that we will face against Derry .

“We did ok against them at Finn Park earlier in the season but still ended up losing 3-2. Derry is a good side going forward and will probably be disappointed not to have got at least a draw out of the Pat’s game on Tuesday night.”

Raffaele Cretaro is regarded as ‘doubtful’ for the trip to Foyleside, but Sean Boyd – the match winner last week against Waterford – is available again having had to miss out on Monday’s game against Rovers, the on-loan striker’s parent club.

Horgan said: “We have a quite a few injuries at the moment but thats part and parcel of football. It’s an opportunity again for other lads to stake a claim for  starting places on the team.”