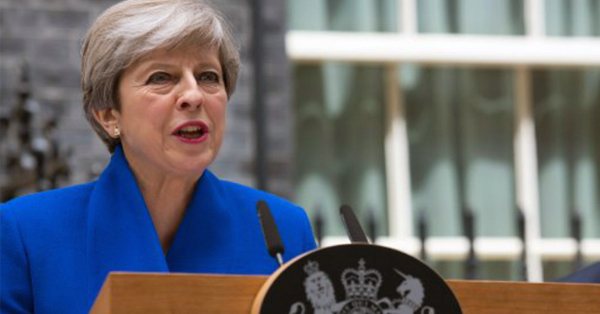 Breaking: Theresa May to resign as UK prime minister

Theresa May has announced that she will quit as Conservative leader and prime minister of the UK on 7th June.

The Tory leader made an emotional statement outside Downing Street this Friday morning, saying that she has done her best to deliver a Brexit deal.

She said: “I have done everything I can to convince MPs to back that deal. Sadly I have not been able to do so.”

Mrs May said that her failure to deliver Brexit would remain a matter of ‘great regret’.

The process to select a new leader will begin in the week after Mrs May stands down on 7th June.

Breaking: Theresa May to resign as UK prime minister was last modified: May 24th, 2019 by Rachel McLaughlin