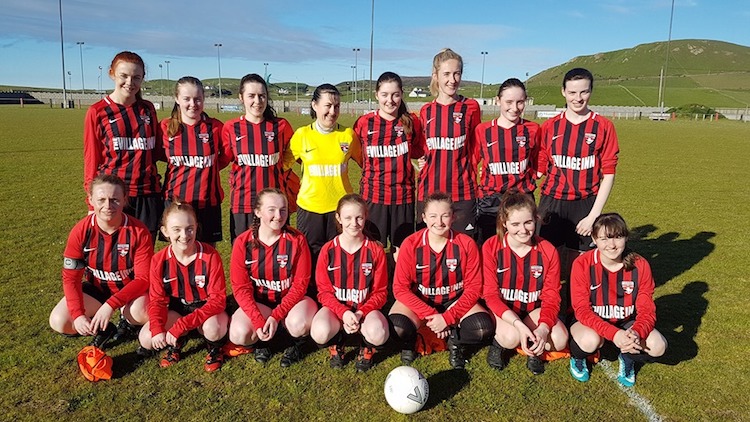 written by Staff Writer May 24, 2019
FacebookTweetLinkedInPrint

Bonagee United joined Illies Celtic and Culdaff on six points at the summit of the North West Women’s Super League on Thursday night, with Bonagee and Fanad overcoming Culdaff and Swilly in the two fixtures.

Bonagee United made it two wins from two as they defeated Culdaff FC at The Warren.

Alice Diver’s double and a third from Deborah Kerrigan gave the Dry Arch girls the win and handed Culdaff a first defeat of the term.

Diver gave Bonagee the lead after just four minutes, steering home after getting on the end of a fine cross by Kerrigan.

Bonagee had burst from the blocks and hit a second on 25 minutes as Diver arched a shot over Danielle Houghton, the Culdaff goalkeeper, after playing a give-and-go with the lively Kerrigan.

With wins over Greencastle and Lagan to their name, Super League newcomers Culdaff had already shown themselves to be adept in their surroundings and with the likes of Tara O’Connor, Niamh Callaghan and Cathy Doherty to the fore, they were always in contention here. 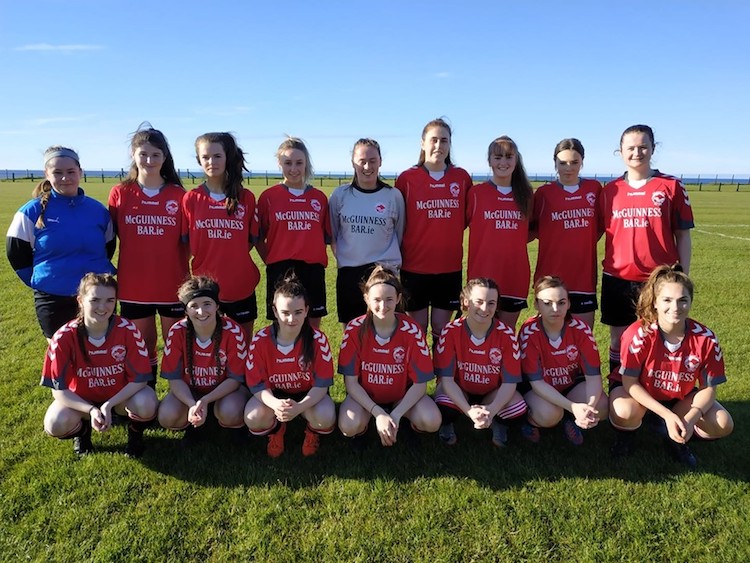 Bonagee, though, will feel they should have put the game to bed. Natalie McFadden shot off target when well placed.

Suzanne Gordon headed over as Bonagee pressed, but the eager Culdaff wouldn’t let their visitors settle.

O’Connor got Culdaff back into it when she tucked home a penalty late in the half after she had been fouled.

On the stroke of half-time, Kerrigan attempted to catch Houghton off-guard, but the Culdaff ‘keeper was equal to it.

Bonagee made it three when Kerrigan fired home from close range after Diver’s header was blocked on the goal-line.

McFadden fired into the arms of Houghton with a chance to kill it, while Claire Orr hit the side-netting when played in by McFadden.

Culdaff threw the kitchen sink at Bonagee in the closing stages and it took a couple of superb stops by Clare Friel, the Bonagee ‘keeper, to keep the hosts at bay, with Mary Jane Doherty and O’Connor asking the questions.

Fanad (main picture) attacked from the start and took the lead after eight minutes when a corner from Amanda Callaghan was finished at the back post by Lisa Friel.

Two minutes later Fanad extended their lead. Eimear Gibbons split the defence with a pass and Keri Sweeney hammered the ball high into the net.

Fanad got their third on the 20 minute mark when Lisa Friel rose highest in the box to head home a Callaghan corner.

Keri Sweeney had another chance in the 25th minute but shot wide. Swilly had keeper Orlaith Connolly to thank on a number of occasions as she pulled off a number of very fine saves in the last quarter of the first half.

Five minutes into the second half Orlaith Connolly made another fine save to deny Amanda Callaghan.

Two minutes after that Shannon Sweeney fired over the bar from close range after being set up by Orla McGonigle. 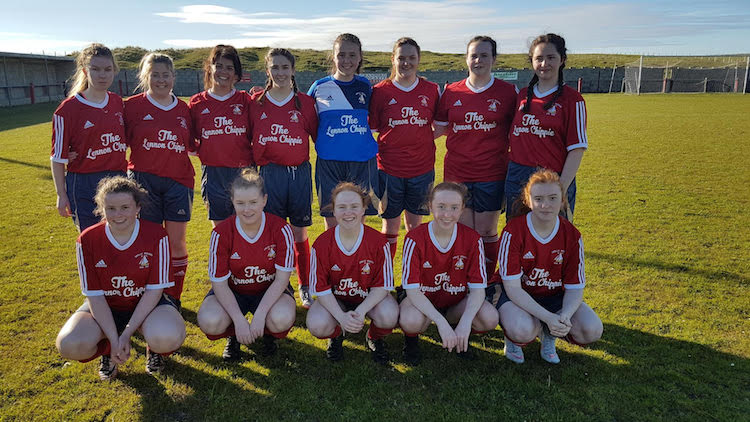 On the hour mark Fanad got their fourth. Amanda Callaghan played a fine ball through to Caoimhne Herron who finished into the far corner.

A minute later got their fifth as Rachel Sweeney rose highest to head home a Callaghan corner.

In the 75th minute Lisa Friel threaded fine ball through to Caoimhne Herron who got her second of the evening.

In the 80th minute Fanad got their seventh as Orla McGonigle scored with a fine finish. In the closing stages Kellyann Buchanan scored the Fanad eighth.